When the Interface Slips Away: Lapsus Machinae, Autonomization and Bugs

Interface: a common surface for two bodies through which they communicate, exchange information. The interface is never completely transparent. There are always operations of translation, blurring and opacification. Information is lost, but it is not thick, by definition, so to speak. How then could our interfaces escape us, escape itself, acquire a kind of autonomy, even a kind of creativity by sliding or even slipping (or when the slip becomes an event)?

Everything can be interfaced. The skin can be considered as an interface through which the body interacts with the outside world, and vice versa. Or, for the contemporary subject, it is the touch screen of her smartphone, a technological extension of the biological body, that gives her access to the networks. Or, if the world is reduced to a network of interconnected roads, it is the car. Or it is the driver who acts as an interface: the point at which cars, those that honk together at the crossroads, and those that follow each other over time, the different generations of cars, communicate with each other. In any case, the interface becomes a kind of sensitive organ for the "intelligent" matrix of a technological device that promotes, or even allows the connection of two environments whose difference it maintains, despite everything, without constituting itself as a space in and of itself. Unless we think of this space as procedural, a movement in which the anticipated fusion, it seems, by osmosis is perpetually differs itself?

To focus on an interface is to distinguish two things, or entities that communicate, by isolating the place of their communication, and to declare it not as transparent but rather as lacking in thickness: to declare that it does not constitute itself as a "thing" in the same way as the two "things" of which it then only represents the contact surface.

However, what we call our interfaces seem to be gaining in autonomy and increasing importance. They go wrong, they break down, or, on the contrary, they work too efficiently, to the point of giving us the impression that they no longer need us. What is this about?

Should the failures called "bugs" in computer vocabulary be understood as similar to skin irritation? An atopic eczema, circulating on the surface of the digital body, which could result only from a kind of friction between two mismatched "things", or show a symptom, such as those of which psychoanalysis speaks, and by which we express something that we do not understand ourselves?

Or does our interest in "bugs" signal an apparent autonomization of interfaces, whose paradigm would then be, rather than the "bug", the self-driving car, or the flash-trading algorithm, or even the result of the C3I (Command, Control, Communication and Intelligence). Autonomous, these machines would cease to be interfaces in the strict sense of the term, and the interface would perhaps no longer be an appropriate concept to designate them by reference to certain contemporary technologies. There would no longer be any interfaces, because otherwise, according to this logic, we ourselves would serve as an interface in a generalized communication between things; for example, digital maps, which should be the interfaces between a subject and a space, have come to dictate our movements, even our perception of the world and our behaviours. The idols of commodity fetishism would have finally come to life.

During this conference, we wish to solicit theoretical as well as artistic proposals on the theme of the interface, and more precisely on its increasing autonomy or failures: history of interfaces, interface concept, use of bugs and, more generally, the image of the empowerment of the interface in literature and art, relationship to comedy.

Proposals, up to 300 words in length, together with a brief bio-bibliographical note should be submitted by September 1st, 2019, via EasyChair using the following link: https://easychair.org/conferences/?conf=interfaces19

Participants whose proposals are selected will be notified by email within two weeks after the due date for submission.

For further information you may contact us at the following address:  gabrielgaudette at gmail dot com 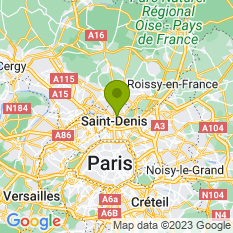