The VAT: Video Analysis at Scale

Cultural analytics, a newer branch of the digital humanities, is an approach that deploys computer technologies to analyze the formal features of art and culture, making them available to interpretive methods. Moving image media is particularly ripe for computational analysis given its increasing ubiquity in contemporary culture. Indeed, digital video—whether recorded digitally or digitized from film—is a rapidly expanding form of contemporary cultural production, one made possible by the proliferation of personal recording technologies and hosting platforms like YouTube, Vimeo and the Internet Archive. In short, video is one of the most compelling “big data,” issues of the current cultural moment; its formats are diverse, rapidly transmitted, and boundlessly large in number.

Yet despite its scale and importance, video remains a daunting object for sustained research, for obstacles that are technological, institutional and conceptual in nature. In this talk, Virginia Kuhn will describe her large-scale video analytics project which is supported by the NSF’s XSEDE program (extreme science and engineering discovery environment) and her project team’s efforts at establishing a software workbench for video analysis, annotation, and visualization, using both current and experimental discovery methods.

Virginia Kuhn is an associate professor in the Division of Media Arts + Practice in the School of Cinematic Arts at the University of Southern California. Her work centers on digital rhetoric and the hybrid texts it engenders and her current research endeavor, the Video Analysis Tableau (VAT), applies the power of supercomputing to the indexing and analysis of vast video archives. Kuhn directs the Honors in Multimedia Scholarship program, a graduate certificate in Digital Media and Culture and teaches a variety of graduate and undergraduate classes in new media, all of which marry theory and practice. In 2005 she successfully defended one of the first born-digital dissertations in the United States, titled Ways of Composing: Visual Literacy in the Digital Age, which challenged archiving and copyright conventions. Her work can be found in a variety of print and digital journals and serves on the editorial boards of several journals. 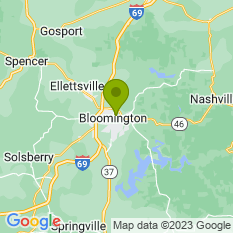