Host an American Soldier transcribathon at your organization or come to ours!

The American Soldier Collaborative Digital Archive [Zooniverse Project Link] is a project to make broadly available a remarkable collection of written reflections on war and the armed forces by American soldiers who fought in the Second World War. Early on in the conflict, the War Department created an in-house social and behavioral sciences research unit, the Army Research Branch (ARB). The Branch anonymously surveyed and interviewed approximately half a million personnel over the course of the war. Free from the threat of censorship or retaliation, soldiers not only filled out ARB surveys, but tens of thousands provided additional handwritten commentary about military service. The results of these surveys was analyzed and reported by the ARB to the Army in real-time. The same data was re-analyzed and published after the war in an authoritative four-volume series, The American Soldier (1949-50). The soldiers' handwritten commentaries were separated and scanned to microfilmed rolls as orphaned records. The very personal words of tens of thousands of soldiers have long remained available only to those who could to travel to Washington, DC to read the text on a single set of 44 microfilm rolls.

We need to reunite 65,000-plus handwritten commentaries to their original surveys. To reunite these unparalleled humanities sources composed by the soldiers themselves, our team is involving "citizen-archivists" as well as employing advanced artificial intelligence techniques. Our interdisciplinary team, based at Virginia Tech, has been working for the past year on an implementation plan to realize our vision of creating a free digital archive that not only houses and disseminates this social data and humanities sources, but that also presents this reconstituted World War II portrait of the U.S. Army in a compelling way to the public.

The Zooniverse transcription site for The American Soldier is your opportunity to contribute to this important historical endeavor!

See https://lib.vt.edu/tas.html for more details and to sign up. 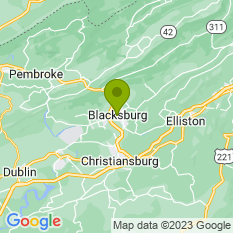