Friday, April 17, 2015 - 1:00am
# International Conference Series in Games and Literary Theory
3rd Annual Conference, hosted by Loyola University New Orleans, Department of English & School of Mass Communication
New Orleans, Louisiana USA
November 20-22, 2015
**Please note, we are EXTENDING the proposal due date to April 17th.**
The Games and Literary Theory Conference Series addresses the scope and appeal of interdisciplinary approaches to the study of games and games’ impact on other fields in the Humanities. It began in 2012 as a PhD seminar and workshop arranged by the Department of English at the University of Malta in collaboration with IT University of Copenhagen and subsequently expanded into an annual conference. The inaugural Games and Literary Theory conference convened at the University of Malta in 2013 (https://gamesandliterarytheory.wordpress.com/); the 2nd annual conference was held at the University of Amsterdam in 2014 (http://www.uva.nl/en/about-the-uva/organisation/faculties/content/facult...). The 3rd annual Games and Literary Theory conference is scheduled to meet in the USA at Loyola University New Orleans during November 2015.
We are particularly interested in digital game modalities and how these might be seen as reconfiguring and questioning concepts, practices and orthodoxies integral to literary theory (i.e. textuality, subjectivity, authorship, the linguistic turn, the ludic, and the nature of fiction). The conference will also explore the ways in which theoretical discourses in the area of game studies can benefit from critical concerns and concepts developed within the fields of literary and cultural  theory, such as undecidability, the trace, the political unconscious, the allegorical, and the autopoietic. Likewise the conversation about narrative and games continues to raise questions concerning the nature of concepts such as fiction and the virtual, or indeterminacies across characters, avatars and players.
The Games and Literary Theory conference has adopted a single-track format allowing all attendees to attend all presentations and discussions. The organizers of the Third Annual International Conference invite proposals that focus on issues related, but not limited to, any (or a combination of) the following:
- Textuality in literature and games
- Rethinking fiction after with digital games
- Characters, avatars, players, subjects
- New forms of narrative and games
- Games and the rethinking of culture
- Genre study and criticism
- Digital games, literariness, and intermediality
- Digital games and authorship and/or focalization
- Reception theory, reader experience, player experience: New phenomenologies for critique
- Gender in games, literature, and theory
- Digital games, literary theory, and posthumanism
- Representations of disability in interactive media
- Possible Worlds Theory and games
- Digital games in literature
For earliest consideration, please submit abstracts of 250-300 words as the body of an email with a subject line "GamesLit15" to Timothy Welsh (twelsh@loyno.edu) by April 1, 2015 April 17, 2015. The organizers will review proposals and confirm acceptances beginning May 1, 2015.
For information and updates, please refer to the conference website (gameslit15.wordpress.com) and twitter feed (@gameslit15).
50 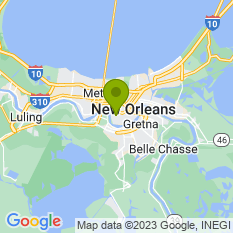