This article explores some hypothetical consequences of the hyper-connected societies by critically analysing the so-called Smart City concept and suggesting new research pathways and alternatives.

Technology is never neutral, it has the potential and capacity to be used socially and politically for quite different purposes, argued Raymond Williams in 1983. Indeed, recently we both watched #HER[1], the newest movie by the filmmaker Spike Jonze, and we realised that this hyper-connected future is already not either as neutral or as far away from our current human interactions. Are we already living at present in such hyper-connected societies and cities as Jonze describes in his film? It sounds surprisingly contradictory how a film that makes you feel anxious about the self-deterministic way technology is dominating our lives can at the same time tele-transport us to the future of the technologies and their impact on our human emotions. Moreover, we could argue that is not that unrealistic a science-fiction storytelling. Could you imagine yourself falling in love just with a voice even if it belongs to an artificial operative system?

The real truth seems to be that the impact in our lives is occurring without us being aware of it. Shall Mr Jonze provoke a reflection on the consequences of the quick, risky (Beck, 2013) and liquid (Bauman, 2013) real-time cities (Kitchin, 2013)? This notion brings us to the so-called debate on the suitability of the Smart Cities (Greenfield, 2013) and their applicability. Are we altering our social relationship because of the new technologies? Moreover, one of us did even not know about the existence of Siri[2], the real device embodying what #HER represents in the fiction movie. Moreover, that could actually be perfectly believable! Another example of the trend on the techno-determinism consequences is the book The Circle by Dave Eggers[3] who reflects on questions about privacy, democracy, and human fragility in the technological broad realm. What happens to us if we “must” be online all the time? To live entirely in the public realm can be a form of solitary confinement. Is there any added value in the possibility of remaining voluntarily #unplugging?

Thus, being conscious about this novel trend and subtle notion for the 21st century societal challenges and their research in societies and cities, we have both organized a workshop the next 20th June in Oxford supported by The Oxford Research Centre of the Humanities[4] (TORCH). This event aims to gather scholars from different disciplines to debate open and critically about #Unplugging[5].The idea is to better understand the social and cultural implications of hyper-connected societies and the possible research agendas associated.

Even though we note some dark side effects of the technology (Ippolita, 2008). Our purpose is to draw on a critical social innovation pathway as a transition towards alternative digital humanities practices for our daily life. Nevertheless, there are plenty of pending questions about this subtle notion, that we have clustered as #Unplugging.

For instance: Will unplugging be a right or a privilege of a few? Will being constantly plugged improve our wellbeing and happiness as a society? In addition to the digital divide’s effect on the information society structure, is hyper-connectivity stressing another extra social divides between a few privileged unplugged people and a large plugged crowd (online almost 24/7)? Are we heading towards an individualistic society? Or simply, does it seem that this is the natural way the world will be ruled in micro-communities (in bubbles) in the future? Who designs the technology that we consume? Will devices serve citizens more than the citizens serve the devices? Therefore, are there real alternatives to the technocratic business-led dominant top-down governance model in the Smart Cities? Or, in contrast, is this still wishful progressive thinking?

Is the idea of big data, an empty buzzword? Is it possible to combine an open access civilian deliberative system within a confidential and espionage-obsessed paradigm? Will we see changes in which context-collapsed information will be contestualized to enhance social interactions? Will technological devices be designed based on peoples needs more than on corporate or infrastructure interests? Will the socio-political establishment suffer any shift towards free and community-driven processes? Or by contrast, is the myth of digital democracy (Hindman, 2009) the one debunking popular notions about political discourses in the digital age? Has the Internet neither diminished the audience share of corporate media nor given greater voice to ordinary citizens? Finally, can we anticipate any relevant change in the Smart City practices as a consequence of changes among stakeholder interactions in the definition of a new political economic balance?

To sum up, what are the societal challenges in the current hyper-connected societies? How to explore new policy strategies as well as new research agenda by focusing on the implications of hyper-connectivity? If you are interested in discussing these issues come along and join us in the #Unplugging workshop. 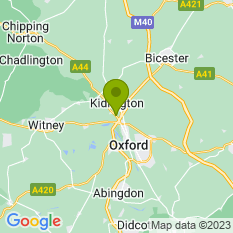