As terrorism has seen a new rise in past decades, organizations such as ISIS, Boko Haram and similar others are thriving on the fear that is increasingly gripping the world. Their way of spreading horror and gaining the obedience of controlled populations is largely based on mass torture and killing. However, they are far from alone in this practice. Throughout history, torture has been used for a great variety of reasons, ranging from the twisted satisfaction of psychopathic criminals, to state and/or Church sanctioned means of punishing evil doers or extracting confessions; from violently resolving domestic disputes to means of protecting national security.

Depending on context, point of view and ideology, torture has been seen either as a barbaric, sub-human practice which needs to be prevented at all costs or as a necessary evil which helps maintain peace, law and order in society. Regardless of the different views on this violent set of practices, one thing remains clear: for the person on the receiving end, torture is deeply scarring on a physical and mental level, it has long lasting psychological effects and it usually takes a long time to recover from.

The Torture conference is an inclusive interdisciplinary event which offers a platform for dialogues involving participants from across the academic, professional, business, practitioner, NGO and voluntary sector spectrum. The event provides valuable opportunities for knowledge exchange between individuals with an interest and expertise in the topic, including policy and legal experts, representatives from NGOs and philanthropic organisations, activists, medical and clinical professionals, social workers and caregivers, educators, artists, business people, journalists, survivors and perpetrators of torture, historians, and researchers. It is intended that the deep inter-disciplinary engagement facilitated by the event will foster greater understanding of torture, awareness of its effects on survivors and society, and action in the areas of prevention and care-giving. The meeting intends to form a publication which exemplifies the significance of interdisciplinary work to engender further collaboration and discussion.

Proposals are invited for presentations, workshops, panels, interactive round tables, performances, readings, screenings, or installations concerning the effects of torture on its survivors throughout history and in contemporary societies, from liberal democracies to totalitarian states.. Submissions may deal with aspects of torture, including but not limited to:

Defining Torture
Definitions, such as that contained in the UN Convention Against Torture and Other Cruel, Inhumane and Degrading Treatment and Punishment, and the debate around the usefulness and accuracy of definitions as a basis for formulating treaties and improving practice. Issues around torture and:

Causation
Norms and expectations within police, prison and army personnel; international relations, manifestations of political power within national states and ideological groups struggling to achievestatehood.
Issues of Practice
Interrogation and its legitimacy, setting boundaries in state practice, exposure of the way that torturers are psychologically prepared and trained, the sites of torture such as prisoner of war camps, state-run detention centres, prisons, within civilian communities against persecuted minorities and in areas of the world where genocide is being systematically practiced.

The Torture Survivor
Socio-demographic profiles of torture survivors; accounts, experiences and emotions of torture survivors; effects and efficiency of various methods of torture on survivors; long term health effects of torture on survivors; PTSD and the impact of having been tortured on one’s social and family life; psychological torture vs. physical torture; domestic abuse as a form of torture; rape, forced nudity and harassment as forms of sexual torture; torture in prisons, mental health facilities, military bases and other total institutions; the limits of state torture; torture against minors and its consequences; public torture as a form of punishment; the psychology and sociology of torture; the social stigma associated with having been tortured; Stockholm syndrome and cases of the tortured becoming torturers and of brainwashing through torture in dictatorial regimes (e.g. communist Romania’s Pitesti Phenomenon); ways to care for and heal the survivors of torture; torture prevention policies and actions; policies, state and civil measures for supporting the survivors of torture; creative practice as means of coping with effects of torture; the documentation of effects such as by The Istanbul Protocol in 1999; work by organisations such as Amnesty International, The Red Cross and very many human rights organisations; discussion and documentation of psychological consequences such as the loss and regaining of trust, and the hard task of forgiveness.

Influence of the Enlightenment, humanitarian ideals, varying political ideologies, the rule of law; torture and cultural relativism, histories of torture’s use and effects.

Torture and the State
Powerful institutions within states; institutions such as the CIA and their reach, values and power within a society; debates over extraordinary rendition, accountability across borders, information sharing between bodies within states.

Prevention, Reduction and Accountability
Treaties such as OPCAT and problems with implementation and accountability; aspects of implementation of appropriate legal frameworks across borders; information sharing; the usefulness of independent inspection regimes in places of detention; installing penalties in places of detention and/or instilling cultures of prevention through training and support; linking progress to overseas aid; domestic and international criminal prosecutions and civil suits seeking remedies against torturers and/or governments; work by NGOs, charities and philanthropic organisations.

Perpetrators
Medical, social and psychological effects of torture on perpetrators
Societies that condone or tolerate torture
Punishment, retribution and rehabilitation of perpetrators

Torture and the Arts
The literature and memoirs of survivors, both historical and contemporaneous
Creative practice as means of coping with effects of torture
Depictions of/engagements with torture in art, music, television, film, literature, drama, poetry, video games, graphic novels, etc.

What to Send
The aim of this interdisciplinary conference and collaborative networking event is to bring people together and encourage creative conversations in the context of a variety of formats: papers, seminars, workshops, storytelling, performances, poster presentations, panels, q&a’s, roundtables etc.
300 word proposals, presentations, abstracts and other forms of contribution and participation should be submitted by Friday 22nd February 2019. Other forms of participation should be discussed in advance with the Organising Chair.

All submissions will be minimally double reviewed, under anonymous (blind) conditions, by a global panel drawn from members of the Project Development Team and the Advisory Board. In practice our procedures usually entail that by the time a proposal is accepted, it will have been triple and quadruple reviewed.

You will be notified of the panel’s decision by Friday 8th March 2019.

If your submission is accepted for the conference, a full draft of your contribution should be submitted by Friday 31st May 2019.

Abstracts and proposals may be in Word, PDF, RTF or Notepad formats with the following information and in this order:
a) author(s), b) affiliation as you would like it to appear in the programme, c) email address, d) title of proposal, e) body of proposal, f) up to 10 keywords.

E-mails should be entitled: Torture Submission.

Early Bird Submission and Discount
Submissions received on or before Friday 18th January 2019 will be eligible for a 10% registration fee discount.

Where to Send
Abstracts should be submitted simultaneously to the Organising Chair and the Project Administrator:

What’s so Special About Progressive Connexions Events?
A fresh, friendly, dynamic format – at Progressive Connexions we are dedicated to breaking away from the stuffy, old-fashion conference formats, where endless presentations are read aloud off PowerPoints. We work to bring you an interactive format, where exchange of experience and information is alternated with captivating workshops, engaging debates and round tables, time set aside for getting to know each other and for discussing common future projects and initiatives, all in a warm, relaxed, egalitarian atmosphere.

A chance to network with international professionals – the beauty of our interdisciplinary events is that they bring together professionals from all over the world and from various fields of activity, all joined together by a shared passion. Not only will the exchange of experience, knowledge and stories be extremely valuable in itself, but we seek to create lasting, ever-growing communities around our projects, which will become a valuable resource for those belonging to them.

A chance to be part of constructing change – There is only one thing we love as much as promoting knowledge: promoting real, lasting social change by encouraging our participants to take collective action, under whichever form is most suited to their needs and expertise (policy proposals, measuring instruments, research projects, educational materials, etc.) We will support all such actions in the aftermath of the event as well, providing a platform for further discussions, advice from the experts on our Project Advisory Team and various other tools and intellectual resources, as needed.

An opportunity to discuss things that matter to you – Our events are not only about discussing how things work in the respective field, but also about how people work in that field – what are the struggles, problems and solutions professionals have found in their line of work, what are the areas where better communication among specialists is needed and how the interdisciplinary approach can help bridge those gaps and help provide answers to questions from specific areas of activity.

An unforgettable experience – When participating in a Progressive Connexions event, there is a good chance you will make some long-time friends. Our group sizes are intimate, our venues are comfortable and relaxing and our event locations are suited to the history and culture of the event.

Ethos
Progressive Connexions believes it is a mark of personal courtesy and professional respect to your colleagues that all delegates should attend for the full duration of the meeting. If you are unable to make this commitment, please do not submit an abstract or proposal for presentation.

Please note: Progressive Connexions is a not-for-profit network and we are not in a position to be able to assist with conference travel or subsistence, nor can we offer discounts off published rates and fees. 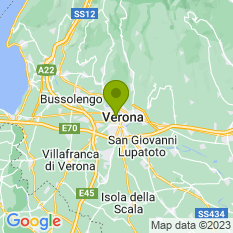