Call for Panels and Papers

The Third Euroacademia International Conference ‘Re-Inventing Eastern Europe’ aims to make a case and to provide alternative views on the dynamics, persistence and manifestations of practices of alterity making that take place in Europe and broadly in the mental mappings of the world. It offers an opportunity for scholars, activists and practitioners to identify, discuss, and debate the multiple dimensions in which specific narratives of alterity making towards Eastern Europe preserve their salience today in re-furbished and re-fashioned manners. The conference aims to look at the processes of alterity making as puzzles and to address the persistence of the East-West dichotomies.

Not a long time ago, in 2010, a British lady was considered bigoted by Gordon Brown upon asking ‘Where do all these Eastern Europeans come from?’. Maybe, despite her concern with the dangers of immigration for Britain, the lady was right in showing that such a question still awaits for answers in Europe. The ironic thing however is that a first answer to such a question would point to the fact that the Eastern Europeans come from the Western European imaginary. As Iver Neumann puts it, ‘regions are invented by political actors as a political programme, they are not simply waiting to be discovered’. And, as Larry Wolff skilfully showed, Eastern Europe is an invention emanated initially from the intellectual agendas of the elites of the Enlightenment that later found its peak of imaginary separation during the Cold War.

The Economist, explicitly considered Eastern Europe to be wrongly labelled and elaborated that ‘it was never a very coherent idea and it is becoming a damaging one’. The EU enlargement however, was expected to make the East – West division obsolete under the veil of a prophesized convergence. That would have finally proven the non-otologic, historically contingent and unhappy nature of the division of Europe and remind Europeans of the wider size of their continent and the inclusive and empowering nature of their values. Yet still, 20 years after the revolutions in the Central and Eastern European countries, Leon Mark, while arguing that the category of Eastern Europe is outdated and misleading, bitterly asks a still relevant question: ‘will Europe ever give up the need to have an East?’

Eastern Europe was invented as a region and continues to be re-invented from outside and inside. From outside its invention was connected with alterity making processes, and, from inside the region, the Central and Eastern European countries got into a civilizational beauty contest themselves in search of drawing the most western profile: what’s Central Europe, what’s more Eastern, what’s more Ottoman, Balkan, Byzantine, who is the actual kidnapped kid of the West, who can build better credentials by pushing the Easterness to the next border. A wide variety of scholars addressed the western narratives of making the Eastern European other as an outcome of cultural politics of enlightenment, as an effect of EU’s need to delineate its borders, as an outcome of its views on security , or as a type of ‘orientalism’ or post-colonialism. Most of these types of approaches are still useful in analyzing the persistence of a East-West slope. The region is understood now under a process of convergence, socialization and Europeanization that will have as outcomes an ‘ever closer union’ where the East and the West will fade away as categories. Yet the reality is far from such an outcome while the persistence of categories of alterity making towards the ‘East’ is not always dismantled. The discourse on core-periphery, new Europe/old Europe is rather gaining increasing ground in the arena of European identity narratives often voiced by the EU.

The conference is organized yet by no means restricted to the following orientative panels::

The conference is addressed to academics, researchers and professionals with a particular interest in Eastern Europe from all parts of the world. Post-graduate students, doctoral candidates and young researchers are welcome to submit an abstract. Representatives of INGOs, NGOs, Think Tanks and activists willing to present their work with impact on or influenced by specific understandings of Europe are welcomed as well to submit the abstract of their contribution.

Abstracts will be reviewed and accepted based on their proven quality. The submitted paper is expected to be in accordance with the lines provided in the submitted abstract.

Selected papers will be published in an electronic volume with ISBN after the confirmation of the authors and a double peer-review process based on an agreed publication schedule. All the papers selected for publication should be original and must not have been published elsewhere. All participants to the conference will receive a copy of the volume.

DEADLINE FOR 300 WORDS ABSTRACTS SUBMISSION IS 25TH OF FEBRUARY 2014

The abstract and details can be sent to application@euroacademia.euwith the name of the conference specified in the subject line or through the on-line application form available at www.euroacademia.eu 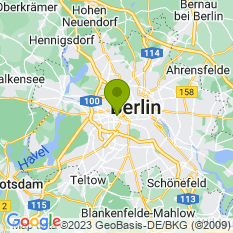