Saturday, April 14, 2012 - 8:00am to 8:00pm
On Saturday April 14, some of the brightest emerging and established researchers, activists, educators and artists from around the world will descend on the University of Maryland to present, argue, and tweet about the social implications of the Internet for the second annual Theorizing the Web <http://www.cyborgology.org/theorizingtheweb/2012/>conference.  In addition to 10 panels, artistic installations, a curated issue of the journal Future Internet<http://www.mdpi.com/journal/futureinternet>, and a Twitter (#TtW12) and video conversation that expands the conference beyond its walls, we will feature an invited discussion on social media usage after revolution and will close the conference with a keynote conversation between Andy Carvin of NPR News (who has gained much attention for his innovative use of social media curation as a new form of journalism during the Arab Spring) and Zeynep Tufekci of UNC (who has bridged the divide between the academy and the media in bringing research to bear on our understanding of unfolding events in the Middle East). They'll explore Carvin's new mode of journalism, positioned somewhere between the noisy torrent of social media content on the ground and the traditional news-gatekeepers to whom we’ve grown accustomed.

Over 250 people attended the first Theorizing the Web<http://www.cyborgology.org/theorizingtheweb/archive/2011/> conference held April 9th, 2011 on University of Maryland campus. The program consisted of 14 panels, two workshops, two symposia (one on social media’s role in the Arab revolutions, the other, a conversation with Martin Irvine, Director of the Irvine Contemporary Gallery, on social media and street art), two plenaries by Saskia Sassen and George Ritzer, and a keynote by danah boyd of Microsoft Research titled "Publicity, Privacy Intertwined". Presenters traveled from around the world (including Hong Kong and New Zealand). This year, research panels take on a range of topics, including technology and protest; self-concept, self-documentation and identity; logging off and disconnection; art, code and design; augmented reality; mobile phones; knowledge and power. A variety of perspectives often neglected at technology conferences are woven throughout the program, including critical, feminist, queer, art-centered and inter/non-disciplinary perspectives on new technologies. The full schedule is here: http://www.cyborgology.org/theorizingtheweb/2012/simple_program.html
We're excited to be building a different kind of conference, with discussion channels and topics expanding into areas of great importance to everyday life. Registration is pay-what-you-want and food will be provided. We're always happy to talk more about Theorizing the Web and, as publicity officer, I'm happy to answer any questions the HASTAC community might have about this exciting event. Please share this however you’d like and feel free to forward this notice, post about the conference on Twitter (#TtW12), and use our promotional flyer: http://www.cyborgology.org/theorizingtheweb/2012/Documents/ttw12_promo_flyer.pdf
Cheers,
Dan Greene 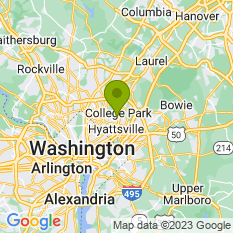