New technology is coming on the scene all the time. Digital Humanities, MOOCs, social media, and more are transforming the content and services libraries, and their staff, provide to their constituents. Even ‘old’ technologies, such as databases and metadata are evolving in the face of these changes.

THATCamp Libraries will provide a venue to further explore on-going conversations about strategic partnerships and services libraries are uniquely situated to offer to the humanities, moving away from a support model to a truly collaborative framework in which librarians foster and contribute as experts and scholars in their own right.

THATCamp Libraries will take place on Saturday, February 23rd at Simmons College in Boston, MA. Visit the Register page to sign up.

What is a THATCamp?

Here are the key characteristics of a THATCamp:

What is an “unconference”?

Anyone with energy and an interest in the humanities and/or technology.

What are “the humanities”?

Good question. Turns out there’s a legal definition! As the National Endowment for the Humanities puts it: “According to the 1965 National Foundation on the Arts and the Humanities Act, ‘The term “humanities” includes, but is not limited to, the study of the following: language, both modern and classical; linguistics; literature; history; jurisprudence; philosophy; archaeology; comparative religion; ethics; the history, criticism and theory of the arts; those aspects of social sciences which have humanistic content and employ humanistic methods; and the study and application of the humanities to the human environment with particular attention to reflecting our diverse heritage, traditions, and history and to the relevance of the humanities to the current conditions of national life.’ ”

We suggest you read this brilliant article by Professor Leo Marx, American cultural historian at the Massachusetts Institute of Technology: “Technology: The Emergence of a Hazardous Concept.” (Side note: those who love technology should be those who are most aware of its hazards.)

What should I propose?

Sessions at THATCamp will range from software demos to training sessions to discussions of research findings to half-baked rants (but please no full-blown papers; we’re not here to read or be read to). See the list of sample sessions at thatcamp.org/proposals/ for ideas, or come up with a creative idea of your own for a session genre or topic. You should come to THATCamp with something in mind, and on the first day find a time, a place, and people to share it with. Once you’re at THATCamp, you may also find people with similar topics and interests to team up with for a joint session.

No to the first, yes to the second. THATCamp aims at the broadest diversity of backgrounds and skills possible.

I’m poor. How can I get funds to travel to THATCamp?

Some academic participants have mentioned that their universities will not fund any travel unless for the purpose of presenting a paper, and since there are no presentations and no papers at THATCamp, they cannot come to THATCamp. We have a few suggestions. First, you might frame your trip to THATCamp as “professional development,” if such a category exists at your organization — coming to THATCamp is definitely much more of a learning experience than a showing-off experience. Second, you might wait for a THATCamp to pop up nearby so that travel will be cheap: you can sign up for THATCamp News to be notified of new THATCamps. Third, some THATCamps offer fellowships — be sure to check individual THATCamp sites to see if there are fellowship funds available. Fourth, you might consider simply organizing your own THATCamp — that way, the world will have to come to you.

Write the THATCamp Coordinator at info@thatcamp.org with further general questions about THATCamp. 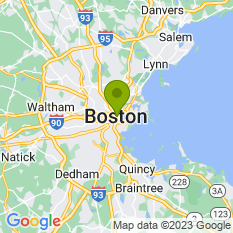