Announcing THATCamp IMMERSe! On the weekend of July 12th, we’ll gather in Kitchener-Waterloo to discuss, create, debate, design, and play games! THATCamp IMMERSe is an unconference hosted by the University of Waterloo Games Institute, in partnership with the IMMERSe Research Network for Video Game Immersion. THATCamp IMMERSe was founded as a way to bring together game studies and digital humanities theorists and practitioners, game developers and designers, games enthusiasts and advocates, and humanities instructors and scholars interested in games, pedagogy, and player experience. This particular THATCamp is organized by Lauren Burr, Neil Randall, and the graduate students of The Games Institute.

What is THATCamp? Short for “The Humanities and Technology Camp,” THATCamp is a user-generated “unconference” on digital humanities. THATCamp was originally the brainchild of the Center for History and New Media at George Mason University, where the first THATCamp was held in 2008; since then, more than sixty THATCamps have convened across the US and internationally.

What is an “unconference”? According to Wikipedia, an unconference is “a conference where the content of the sessions is created and managed by the participants, generally day-by-day during the course of the event, rather than by one or more organizers in advance of the event.” Participants in an unconference are expected to share their knowledge and actively collaborate with fellow participants rather than simply attend or read a paper. Unconferences strive to avoid pomp and hierarchy; as a result, they’re generally more comfortable and free-flowing than a typical academic gathering. A frequent THATCamp attendee summed up the difference between a THATCamp and a regular academic conference this way: “[THATCamps] give all the good of traditional conferences and nix the endless PowerPoint presentations, sage-on-stage moments, and insane costs.”

Who should attend THATCamp IMMERSe? Anyone with energy and an interest in games, technology, and the humanities. We invite games scholars, students, developers, designers, and enthusiasts interested in the confluence of games and the digital humanities to join us

What will happen at THATCamp? Our THATCamp will feature workshops and sessions.Workshops are pre-planned, and feature informal and fun instruction in a particular skill or topic in the broad fields of game design and game studies. Sessions are looser, participant-generated gatherings, which will be collaboratively scheduled the first morning of our THATCamp. At THATCamp IMMERSe, sessions may range from software demos to game jams to training sessions to discussions of research findings.

What’s my role in shaping these sessions? Using our THATCamp blog, propose a session before we meet in person. Alternatively, bring a session idea and propose it to the group during our scheduling session. Once you’re at THATCamp, you may also find people with similar interests to team up with for a joint session.

Where is all of this taking place? We’ve booked a different venue for each day of THATCamp IMMERSe. On July 12th, workshops will be held at the Centre for International Governance Innovation in UpTown Waterloo. On July 13th, unconference sessions will be held at Kitchener City Hall. And on July 14th, a public showcase and gaming event, as well as a private THATCamp Design Lab, will be held at THEMUSEUM in downtown Kitchener. This arrangement gives campers a chance to see more of what both “UpTown” Waterloo and downtown Kitchener have to offer, and to partake in fun gaming and social events sponsored by The Games Institute, THEMUSEUM, and Kitchener City Hall.

How do I sign up? Visit our THATCamp site’s registration page and fill out a short application. Registration will begin on APRIL 1st. It will remain open until JUNE 15th, or until all available spots are full. Please note that we can accommodate no more than 100 people, so please sign up as soon as possible to reserve yourself a spot!

How much? THATCamp IMMERSe is FREE to all attendees! THATCamps are cheap or free on purpose. Our THATCamp has been generously sponsored by The Games Institute, IMMERSe, the Centre for International Governance Innovation, Kitchener City Hall, and THEMUSEUM, and so we’ll be able to provide coffee, snacks and swag, along with three state-of-the-art venues, at no cost to our participants. 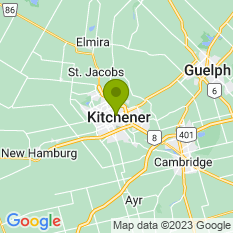