The Association of College & Research Libraries (ACRL) is hosting their 2013 conference on April 10-13 in Indianapolis, Indiana and THATCamp ACRL 2013 has been organized to take place during the conference on Friday, April 12 from 8:30am-5:00pm. THATCamps are collaborative, informal, productive, participant-driven and non-hierarchical unconferences (program is not set beforehand and there are no presentations). You can register for THATCamp ACRL 2013 here.

The following is information is from the THATCamp ACRL 2013 homepage, including how to participate in THATCamp ACRL and how to propose a session.

Everyone who goes to a THATCamp proposes a session. Do not prepare a paper or presentation. Plan instead to have a conversation, to get some work done, or to have fun.

How do I propose a session?

Once you register for your THATCamp and are approved, you will receive a user account on the THATCamp website. You should receive your login information by email. Before the THATCamp, you should log in to the THATCamp site, click on Posts –> Add New, then write and publish your session proposal. Your session proposal will appear on the front page of this site, and we’ll all be able to read and comment on it beforehand. (If you haven’t worked with WordPress before, see codex.wordpress.org/Writing_Posts for help.) The morning of the event, all THATCamp participants will vote on those proposals (and probably come up with several new ones), and then all together will work out how best to put those sessions into a schedule.

When do I propose a session?

Why are sessions proposed this way?

Proposing sessions just before a THATCamp and building a schedule during the first session of a THATCamp ensures that sessions are honest and informal, that session topics are current, and that unconference participants will collaborate on a shared task. An unconference, in Tom Scheinfeldt’s words, is fun, productive, and collegial, and at THATCamp, therefore, “[W]e’re not here to listen and be listened to. We’re here to work, to participate actively.[...] We’re here to get stuff done.” Listen further:

Everyone should feel equally free to participate and everyone should let everyone else feel equally free to participate. You are not students and professors, management and staff here at THATCamp. At most conferences, the game we play is one in which I, the speaker, try desperately to prove to you how smart I am, and you, the audience member, tries desperately in the question and answer period to show how stupid I am by comparison. Not here. At THATCamp we’re here to be supportive of one another as we all struggle with the challenges and opportunities of incorporating technology in our work, departments, disciplines, and humanist missions.

See the About page for more information on the philosophy of unconferences.

What do I propose?

There are roughly four things people do in THATCamp sessions: Talk, Make, Teach, and Play. Sometimes one session contains elements of all these, but it’s also a fair taxonomy for THATCamp sessions.

Also, you should feel free to pick up and continue themes or discussions that have been proposed at other THATCamps. There are ongoing discussions about the role of libraries in digital humanities,Less yacking/more hacking, Project Management, and more. 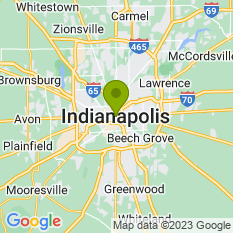