This conference seeks to develop new lines of exchange between “terror” and “the inhuman,” two diverse – yet inescapably interrelated – figurations and theoretical concepts. We ask: What critical work are “terror” and “the inhuman” doing for media studies and cultural theory? How does terror traffic in and through the inhuman? What distinguishes terror from other anxious forms of affect such as panic, fear, horror, and shock, and from other modes of political violence such as war, revolution, and insurgency? And finally, how do literary, photographic, televisual, cinematic, and digital media represent the inhuman as well as focalize and mobilize anxieties over the inhumanity and terrorization of technical media as such?

We invite papers that will revisit and rethink the various kinds of links — of complicity, inseparability, causality, opposition, or even incommensurability — constructed between these terms by politicians, the media, philosophers, artists, and critical theorists from various disciplines. Recent considerations of the inhuman as techné, as animal, as thing, as woman, as Black, as terrorist and as queer prompt us to ask what precedes and what exceeds the human. They compel us, in other words, to confront the political, ethical, and theoretical task of critique in the face of permanent war, transformations in aesthetic practice, (bio)technological development, and ongoing political and epistemic (in)security. To our conference participants, we also wish to ask: what does it mean to value terror now and from an inhuman perspective? What is the history of this valorization? How does it account for the stasis or the shifts in contemporary global politics and nodes of power? What are the limits of the ideological work performed by the disciplinary divisions, mediums, and examples used in these formulations? How important is the role of historical and geographical specificity in this pro-revolutionary resurrection of terror and the inhuman? What is its link to the popular: why do mass audiences increasingly find themselves enthralled by representations of war, rape, torture, and international terrorism as well as by quotidian and seemingly banal forms of “terror” and “the inhuman”? And, last but not least, how should we pose the issue of “human rights” against or within the realm of inhuman terror?

As the Department of Modern Culture and Media is a thoroughly interdisciplinary program, we welcome papers from a variety of disciplines including but not limited to: Film and Media Studies, Critical Theory, Critical Race and Ethnic Studies, Native Studies, Feminist and Queer Studies, Art History and Visual Culture, Literature, Science and Technology Studies, Area Studies, and Philosophy.

Topics may include but are not limited to:

Submission and acceptance to the conference will be based on blind peer reviews of your 250-300 word abstract. Faculty members, graduate students, and independent scholars interested in submitting a paper proposal should email an abstract, paper title, 2-3 sentence bio, affiliation [if applicable] and contact information to terror.inhuman.conference@gmail.com by June 30, 2012.

Presenters will be informed by August 1, 2012. For more information please visit our webpage. 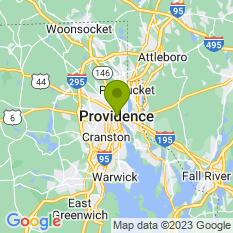