To increase accessibility to the conference and encourage participation from a more diverse range of scholars, the conference planning committee is adding a limited virtual presentation (Skype) track. Please indicate in your submission if you would like to be considered for our Skype track. We require that Skype presenters are available to (virtually) join us at least one week before the conference for a trial run to ensure that the technology runs smoothly. There will be limited spots available on the Skype track, and preference will be given to international presenters outside of North America.

The goal of this conference:

How do we think productively about retelling, remaking, and rebooting? What is at stake in recapitulation for developing new imaginaries, new futures? Why, ultimately, are we retelling stories?

“Retelling,” can appear as a symptom of manic nostalgia, as Simon Reynolds outlines in Retromania. Retelling may also relate to what Dominic Fox has described as as the depressive feeling “that the world is frozen and nothing new is possible.” Either case plays into capitalist realism’s recursive vision of a world with “no alternative(s).” However, instead of reaffirming that our tendency for remaking, revising, and rebooting is simply the high-water mark of cultural burnout, we want to ask what retelling, revisiting, and reimagining may teach us about how we are thinking of the present, and if such retelling can orient us toward a renewed sense of the future? What do these repetitions and reworkings tell us about our efforts to survive in the present by reconnecting with our past? Furthermore, what can popular culture’s unique relationship to collectives (fandoms, forums, subcultures) tell us about subversive and radical potential after modernity? In what ways does retelling remain open to productive forms of experimentation?

What are the possibilities for retelling to gather counter-cultural, post-capitalist, or emancipatory energies? Thinking about retelling includes efforts to articulate speculative and revisionist imaginaries, narratives in which the experience of cultural, racial, and sexual erasure are retold. Visual retellings, such as Hidden Figures, Wormwood, 120 Beats Per Minute; graphic retellings, such as Red Rosa, Louis Riel, and Persepolis; and the long history of sampling, covering, and rerecording in music, are all animated by an effort to bring to light affects associated with dislocation to reconceptualise our continuity with the past. All these works aestheticize the experience of cultural and historical dislocation, and in confronting the experience of fragmentation propose alternative forms of continuity. What does retelling teach us about dislocation and our ability to re-find ourselves?

We are excited to welcome Matt Yockey, Associate Professor of Film & Media Studies at the University of Toledo, editor of Make Ours Marvel: Media Convergence and a Comics Universe (University of Texas Press, 2017), and author of Batman (TV Milestone Series, Wayne State University Press, 2014) as our keynote speaker for this conference.

Note: Preference will be granted to proposals that engage with the conference theme, but we look forward to accepting proposals related to all aspects of popular culture: film, television, comics/graphic novels, music, video/tabletop/board games, social media, fandoms/audiences, etc.

Paper Proposals: Paper proposals must include an abstract of 300-500 words, and a biography of 100 words or less.

Proposals are due November 30, 2018, and should be submitted to kinoclub313wsu@gmail.com.

Presenters will be notified of acceptance into the conference via email by December 14, 2018.

All inquiries should be sent to kinoclub313wsu@gmail.com. 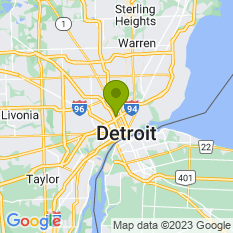