Talk: “Leakology: A Grammar of Information Miscegenation in Surveillance Cultures”

via the Pitt DHRX listserv:

“Leakology: A Grammar of Information Miscegenation in Surveillance Cultures”

A talk by Alexandria Lockett

Where: 501 Cathedral of Learning

Leakology evaluates the evolution of surveillance technologies and their inevitable “leaks." These phenomena induce widespread fear and fascination with uncertainty, which defines living in an Information Age. This talk connects major technological and cultural developments through conceptual transformations of "information leaks." From telegraph to Internet, rhetorical objects and practices--including memoirs, interviews, news articles, novels, and whistleblowing—represent competing data management systems as a significant source of human conflict. These texts contain a plethora of ‘leak language,’ or discourses, genres, and narratives about leaks that illustrate the growing power of surveillance and ‘National Security.' This euphemism for cultural suppression clashes with globalized human connectivity as exemplified in the Watergate Affair and WikiLeaks. Revisiting the fact of the segregated American press and COINTELPRO, an aggressive state- sponsored surveillance program, illustrates a tradition of radical access being enacted through the growing visibility of hacktivism, which is quickly becoming a recognizable social and political movement.  The presentation concludes by urging an awareness and participation in hacker principles such as novelty and the exploitation of possibility. Indeed, paying attention to the “grammar” of leaks enables us to recognize that grammar instruction, when framed as generative code, not prescriptive rules, offers some productive strategies for teaching, learning, and communicating with digital technologies. 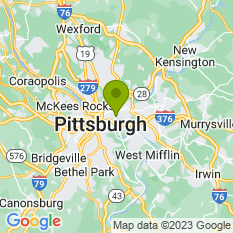