The Supernatural
Call for Participation 2016

From vengeful gods and goddesses and witches to poltergeists and hauntings, to demonic possession and the accompany exorcism rituals, the human imagination has been captivated for millennia by the power of forces that operate outside the laws of nature and the relationship between humans and the spirit world. Over time, the supernatural has served as a basis for titillating audiences and generating fear. The supernatural has served as a useful means of explaining complicated natural processes in terms humans understand. As history’s famous witch-hunts have demonstrated, the supernatural is also a potent weapon for exerting control over individuals whose behaviour or appearance fail to confirm to the ‘norms’ of the community. Conversely, the supernatural can also provide a means of expressing minority beliefs in a way that challenges the power of mainstream organized religions. The supernatural offers a source of personal comfort in the face of grief by providing assurance that a departed loved one is watching over us. However, as the long line of supernatural hoaxes reveal, however, this longing to believe in the afterlife can enable schemes designed to manipulate and swindle vulnerable people.

But just what purpose does the supernatural serve in 21st century societies? Is it a throwback to the irrational, superstitious and archaic beliefs of a so-called primitive era, or is it a reminder that there is more to existence than the ‘truths’ revealed by the sciences? The Supernatural interdisciplinary research and publishing event aims to interrogate and investigate the supernatural from a variety of perspectives in order to understand the uses and meanings of the supernatural across time and cultures. Subjects for presentation include, but are not limited to, the following:

The Supernatural in Theory and Practice

The Supernatural and Real Life

Analyses of reports of supernatural encounters: common conventions of reports, style and mode of recounting experience, impact of titillation versus simple reporting of events in the reports of these encounters
How the function and/or interpretation of a report of supernatural evil changes over time or across cultures
Impact of oral traditions, artistic renderings and generic conventions on the telling and reception of accounts involving supernatural encounters
How the reception of reports of the supernatural is influenced by the experience of listening versus reading or viewing
Emotional and intellectual pleasures associated with the supernatural: pleasures of fear and titillation, etc.
Comedic interpretations of supernatural evil: haunted houses in amusement parks, horror movie spoofs, etc
Supernatural in film, television (including reality series like Most Haunted and Ghost Hunters), theatre, music, art and literature—and how they differ from more ‘traditional’ accounts
Supernatural spaces: spaces associated with evil and the economic benefits/tourism implications of such connections
Hoaxes, frauds and swindles

Call for Cross-Over Presentations
The Supernatural project will be meeting at the same time as a project on Trauma and another project on Loss. We welcome submissions which cross the divide between both project areas. If you would like to be considered for a cross project session, please mark your submission “Crossover Submission”.


Further details and information can be found at the project web site:
http://www.inter-disciplinary.net/critical-issues/ethos/the-supernatural...

What to Send
300 word abstracts, proposals and other forms of contribution should be submitted by Friday 2nd October 2015.
All submissions be minimally double reviewed, under anonymous (blind) conditions, by a global panel drawn from members of the Project Team and the Advisory Board. In practice our procedures usually entail that by the time a proposal is accepted, it will have been triple and quadruple reviewed.

You will be notified of the panel’s decision by Friday 16th October 2015.
If your submission is accepted for the conference, a full draft of your contribution should be submitted by Friday 5th February 2016.

a) author(s), b) affiliation as you would like it to appear in programme, c) email address, d) title of proposal, e) body of proposal, f) up to 10 keywords.
E-mails should be entitled: The Supernatural Abstract Submission

There will be an eBook resulting from the conference meeting. It is also anticipated that a number of other publishing options will arise from the work of the project generally and from the meeting of The Supernatural stream in particular. Other options, some of which might include digital publications, paperbacks and a journal will be explored during the meeting itself. 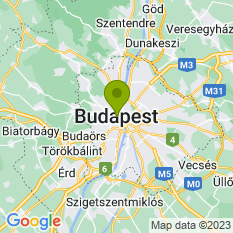