States of Incarceration Opening at the Ogden Museum in New Orleans

Join us for the opening reception of the States of Incarceration multimedia exhibit on Thursday April 6, 6-8pm at the Ogden Museum for Southern Art in New Orleans!

States of Incarceration is a national dialogue of local histories created by over 500 people in 20 states and will be traveling the country over the next five years. It will be up at the Ogden Museum April 6 - 30.

For more information, visit the website, and to learn more about the local contribution to the exhibit see the article from UNO's Campus News copied below.

The Ogden Museum of Southern Art is pleased to present, States of Incarceration: A National Dialogue of Local Histories, April 6 - 30, the first national traveling multimedia exhibition and coordinated public dialogue to explore the history and future of mass incarceration in the United States. The Midlo Center for New Orleans Studies and the Department of History at the University of New Orleans partnered with a New School-led coalition of 500 university students and formerly incarcerated individuals from 20 cities to create the traveling exhibition, which launched in New York City in April 2016.

What: States of Incarceration: A National Dialogue of Local Histories

The exhibition and project, the culmination of two years of planning and discussion between the communities, is a national public reckoning with one of the most pressing issues facing our country. Using many tools of truth and reconciliation processes, the 20 communities explored the deep historical roots of incarceration, shared personal stories related to the issue, and strategized ways of enacting policy change. In each location, the traveling exhibition and public programs will focus on an issue of incarceration that is unique to that community. UNO’s contribution to the States of Incarceration focuses on the history of the Louisiana State Penitentiary at Angola and the convict lease system in the early 20th century. In addition, UNO students conducted a postcard exchange with those currently incarcerated at Angola, which culminated in the online exhibit Stories from Prison.

Over the past year, with support from UNO’s history department, the Midlo Center produced public programming for States of Incarceration, in collaboration with community partners including Voice of the Experienced (V.O.T.E.), Ashé Cultural Arts Center, Louisiana Center for Children’s Rights, WWNO’s Unprisoned series, The Beat Within, local schools, and local artists.

“For me the most important thing was designing programs that engage those most directly affected by mass incarceration and incorporating young people’s creative ideas for alternate solutions to the problem.” said Benjamin D. Weber, Midlo Center visiting scholar and co-leader of Louisiana’s contribution to States of Incarceration.

Alongside the traveling exhibition, the project will also present Picturing a World Without Prisons: Young Artists Confront the Carceral State, an exhibition of young people’s artwork exploring the theme of incarceration and reflecting on a future with fewer prisons. The pieces were created in a series of artist-led workshops for local students, including those at the Travis Hill School in the Youth Studies Center, a youth detention center in New Orleans.

“We wanted to showcase the creative output of young people—both those within and outside of prison—alongside the work of university students exploring the historical roots of this social crisis. Together they create a vital space for reflection on an issue that affects our community everyday,” said Mary Niall Mitchell, Midlo Center’s co-director.

The two-part exhibition will be housed on the first floor of the Ogden Museum of Southern Art.

Designed by Brooklyn, N.Y.-based design firm Matter Practice, the States of Incarceration exhibition features interviews with formerly incarcerated people, corrections officers, and policy advocates; images capturing the evolution of crime and punishment in different contexts; and data demonstrating the explosive growth of incarceration and its impact on American society.

States of Incarceration also includes a web platform, statesofincarceration.org; public dialogues; and a “Shape the Debate” mobile campaign. Designed by Picture Projects, a Brooklyn, N.Y.-based studio, these elements expand on the traveling exhibition and provide a medium to connect communities across the country.

“We can’t fix the criminal justice system in any meaningful or transformative way without properly diagnosing its many problems,” said Khalil Gibran Muhammad, professor of history, race and public policy at the Harvard Kennedy School. “Knowing how we got to this point is critical, to be sure. But so too is changing the culture of punishment by building a shared understanding of the past. I can’t think of a more powerful way to achieve these goals than a public history project as remarkable as States of Incarceration.”

“Divisions over how to move forward may be rooted in divided understanding of how we got here. States of Incarceration brings people together to question how we got here. Tracing our path to mass incarceration can inform solutions,” said Liz Sevcenko, Director of the Humanities Action Lab. “Together, we hope these stories will build a national public memory of the incarceration generation, and a public dialogue on what should happen next.”

States of Incarceration was made possible in part by the Institute of Museum and Library Services,National Endowment for the Humanities,Whiting Foundation,Open Society Foundations, and TenLegs. 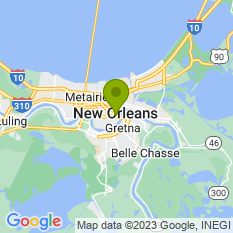