New York, NY —  The Studio Museum in Harlem presents “American Cypher”, an installation by conceptual artists Mendi + Keith Obadike. This site-specific work is a suite of projects that respond to American stories about race and DNA. The project was originally commissioned by the Griot Institute for Africana Studies and the Samek Art Gallery of Bucknell University and includes a sound & video installation with a series of letterpress prints and a book.

The artists consider the role of DNA in contemporary American culture through five stories about black Americansthat hinge on deciphering genetic code. These stories include the racial politics of genetic researcher James Watson, the dream ancestry of Oprah Winfrey, the use of DNA in the criminal justice system, and the code of president Barack Obama. At the center of the project is the story of Sally Hemings, the enslaved woman who bore several children by President Thomas Jefferson.

Jefferson and Hemings had been rumored (by political rivals and Hemings’ own children) since the early 1800s to have had some kind of an affair. In 1998 DNA evidence linked Hemings’ offspring to the Jefferson family, proving centuries-old rumors, controversial scholarship, and oral history about their relationship to be true. The artists made original recordings of Hemings’ last surviving possession, a small bell given to her by Martha Jefferson (Thomas Jefferson’s wife and Hemings’ half sister) that is on exhibit today at Jefferson’s Motnicello mansion in Virginia. From these digitally altered recordings they created a soundscape that is currently playing at The Studio Museum in Harlem. The artists use the genetic code of the Hemings and Jefferson family lines as a musical score to generate the soundscape.

Mendi + Keith Obadike are interdisciplinary artists whose music, live art, and conceptual Internet artworks have been exhibited internationally. Their work generated much discussion online and offline when they offered Keith's "blackness" for sale on eBay in 2001 as an Internet performance. Their works have been exhibited at The Whitney's Artport, The New Museum and The Studio Museum in Harlem. Their opera masquerade, "Four Electric Ghosts," was developed at Toni Morrison's Atelier at Princeton University in 2005 and commissioned by the Kitchen in New York in 2009.

They were awarded the Pick Laudati Digital Art Award from Northwestern University for Big House / Disclosure, a 200-hour sound installation commemorating the 200th anniversary of the abolition of the British slave trade. Other awards include a Rockefeller Fellowship for New Media Art, New York Foundation for the Arts Fellowship in Fiction, and the Naomi Long Madgett Poetry Prize for Mendi's book of poetry Armor and Flesh. 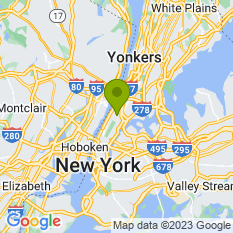