As academics and educators, we are encouraged to actively participate in public conversations about policies, social and economic issues, and environmental concerns. For a growing number of academics, social media offers exciting new op-portunities for public engagement. Yet we have also witnessed troubling constraints for academics and for their public-minded scholarship. Our panelists will discuss the implications for freedom of speech in the age of social media. Ques-tions that will be asked include: What power do the non-linear social media such as Twitter have upon the absorption, expansion, and diffusion of conversations regarding controversial issues? What lines have employers, politicians and me-dia pundits drawn between academics’ professional responsibilities and academic freedom? How have scholars responded? What are our legal rights as employees of private organizations and public institutions? How can academics create marketable intellectual profiles and yet not run afoul with their employers?

DR. JENNIFER GUILIANO is an Assistant Professor, Department of History, Indiana University-Purdue University Indianapolis. She currently serves on the Association for Computing in the Hu-manities (ACH) Executive Council (2013-2016), as co-director with Trevor Muñoz of the Humanities Intensive Teaching + Learning Initiative (HILT), and as co-author with Simon Appleford of DevDH.org, a resource for digital humanities project development.

DR. RAYMOND HABERSKI, JR. is a Professor of History, Director of American Studies, Indiana Uni-versity-Purdue University Indianapolis, and faculty fellow at the Center for the Study of Religion and American Culture. He is the author of four books, including God and War: American Civil Religion Since 1945 and a forthcoming volume on media and Franciscans in the United States. He is one of the founders of the Society for United States Intellectual History, a professional organization that grew out of an award-winning blog that he has contributed to since 2009. Haberski writes for the Christian Century blog “Then and Now” and occasionally contributes to the Huffington Post on religion.

DR. JASON BAIRD JACKSON is the Director of the Mathers Museum of World Cultures at Indiana University, Bloomington, and an Associate Professor of Folklore. He is also the editor of Museum Anthropology Review, a gold open access journal that he co-founded in 2007.
Website: http://jasonbairdjackson.com

DR. GERRY LANOSGA'S research and teaching interests include the development of journalism as a profession, investigative and computer-assisted reporting, and freedom of information. Lanosga holds a Ph.D. from Indiana University. He has worked as an investigative producer at WTHR-TV, and as a reporter and columnist for the Indianapolis News and the Indianapolis Star. A frequent speaker and writer on issues relating to open government, Lanosga serves on the boards of the Midwest Center for Investigative Reporting, the Indiana Coalition for Open Government, and the Indiana Debate Com-mission. He is a regular contributor to the Indianapolis Business Journal’s “Indiana Forefront” political blog.

PROFESSOR STEVE SANDERS joined the Maurer School of Law faculty in 2013, teaching constitu-tional law, constitutional litigation, and family law, and also serves as the law school’s representative on the Bloomington Faculty Council. A former IU administrative staff member, he has a special inter-est in questions of academic freedom and university governance. Sanders earned his J.D. from the University of Michigan. As a litigator, he has represented the American Association of University Professors, the ACLU, and groups of university faculty members. He also actively blogs and tweets on legal and political issues.

Moderator:
DR. CARA CADDOO is a filmmaker and Assistant Professor of American Studies at Indiana Universi-ty, Bloomington. She writes about African American and black diasporic history, cinema, mass media, religion, and migration. She is the author of Envisioning the Race: Cinema and the Building of Modern Black Life (Harvard University Press, 2014) and a recipient of a 2014-2015 Faculty Fellowship from the National Endowment for the Humanities.

This Historical Teaching and Practice Workshop is co-hosted by the Indiana University Bloomington Departments of American Studies and History and is open to students, faculty, and members of the public. 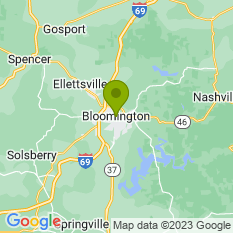