Throughout history, slavery (the purchase and sale of human beings as chattel), enslavement (through conquest, and exploitation of indebtedness, among other vulnerabilities), and similar extreme forms of exploitation and control have been well documented. Is slavery an inevitable part of the human condition? Controversial estimates indicate that up to 35 million people worldwide are enslaved. This modern re-emergence of slavery, following legal abolition over two hundred years ago, is said to be linked to the deepening interconnectedness of countries in the global economy, overpopulation, and the economic and other vulnerabilities of the individual victims and communities.

This conference will explore slavery in all its dimensions and, in particular, the ways in which we understand and attempt to respond to it. The varieties of contemporary forms of exploitation appear to be endless. Consider, for example, enslavement or mere “exploitation” among:
• fishermen in Thailand’s booming shrimping industry,
• children on Ghana’s cocoa plantations,
• among immigrant farmworkers on U.S. farms,
• prostituted women and girls on the streets and in the brothels of Las Vegas,
• the dancing boys (bacha bazi) of Afghanistan,
• the sex workers of The Netherlands’ Red Light Districts and in Italian cities,
• Eritrean and other sub-Saharan Africans fleeing to Israel and trafficked and exploited in the Sinai,
• Syrian refugees in Jordan, Turkey, and Lebanon, and
• migrant workers from Southeast Asia and other countrieswho flock to the oil rich Gulf States for work.

Does this mean that the world may not have changed as much as we would like to believe since worldwide abolition and the recognition of universal individual and collective human rights? Like the ‘consumers’ of the past, are we dependent on the abhorrent exploitation of others?

Potential themes and sub-themes include but are not limited to:
1. Defining Slavery
a. What do we mean when we talk about “slavery”
b. Using “slavery” to obscure other endemic forms of exploitation
c. Teaching and learning about slavery

4. Systems and Structures of Enslavement and Subordination
a. Role of slavery in national and global economies
b. Economic, political, legal structures – their role in enslavement and exploitation

5. Voices of the Enslaved
a. Slave narratives of the past and present
b. Descendants’ interpretation of their enslaved and slave-holding ancestors
6. Legacies of slavery
a. Identifying and mapping contemporary legacies – economic, social, cultural, psychological, racial subordination
b. Assessment of slavery’s impact – economic, political, other
c. Commemorations and lack thereof

Further details and information can be found at the project website:
http://www.inter-disciplinary.net/probing-the-boundaries/slavery-past-pr...

Submissions to this conference are sought from people from all genders and walks of life, including academics (from multiple disciplines, such as art, anthropology, history, ethnic studies, politics, economics) and non-academics; social workers, activists, and health care professionals; government representatives and policy makers; former slaves and indentured labourers; members of at-risk populations such as migrant and guest workers, non—regularized immigrants, and refugees. Panels will be composed of participants from multiple disciplines.

Call for Cross-Over Presentations
The Slavery project will be meeting at the same time as a project on Sacred Journeys, a project on Testimony and another project on Queer(ing) Critical Issues. We welcome submissions which cross the divide between all three project areas. If you would like to be considered for a cross project session, please mark your submission “Crossover Submission”.

What to Send
300 word abstracts, proposals and other forms of contribution should be submitted by Friday 4th December 2015.
All submissions be minimally double reviewed, under anonymous (blind) conditions, by a global panel drawn from members of the Project Team and the Advisory Board. In practice our procedures usually entail that by the time a proposal is accepted, it will have been triple and quadruple reviewed.

You will be notified of the panel’s decision by Wednesday 16th December 2015.
If your submission is accepted for the conference, a full draft of your contribution should be submitted by Friday 18th March 2016.

a) author(s), b) affiliation as you would like it to appear in programme, c) email address, d) title of proposal, e) body of proposal, f) up to 10 keywords.
E-mails should be entitled: Slavery Abstract Submission 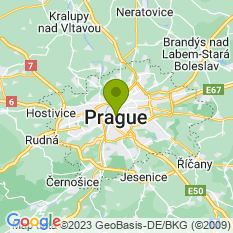