Call for Presentations:
Sexual bullying is rooted in the abuse of power and manifests itself in many ways. Its nature depends on who the victims are, and on the context and culture within which it takes place. Some is localised within families or local areas, but some has a global reach, including human trafficking for prostitution. Its prototype involves the imposition by one or more people on another, of sexual acts and sometimes it is closely linked with physical violence, as when rape features as part of a pattern of domestic abuse, or takes place during armed conflict. However, some sexual bullying and abuse does not involve physical contact, including the use of ‘sexting’ messages to harass, confuse, upset and harm; the circulation of ‘revenge porn’ to punish former partners, and the ‘outing’ of homosexuals. In addition, those who do not touch others who have not consented to being treated as sexual objects, but watch as others do so, are clearly guilty of sexual abuse.

Sexual abuse often involves the betrayal of trust, as is the case with the abuse of children by family members and friends, teachers and other adults in responsible positions, including clergy and by media personalities, who use their charisma and celebrity to seduce young people into participating in sex. It is also true when elders and people with learning disabilities are abused by those who are charged with their care and support.


Defining and identifying sexual bullying and abuse:
-How should sexual bullying and abuse be defined and how might they be identified in practice? Is physical contact necessary?
-The importance of intentionality and meaning – for both the bully/abuser and the bullied/abused, in deciding what human actions constitute abuse
-Along with the individuals who cajole, groom, or bully their victims into participating in its production, are the users of child pornography guilty of sexual abuse?
-Can consensual sexual activity be abusive? Can sexual bullying be consensual?
-When teachers and school pupils engage in sexual activity together, does it matter whether the pupil is legally ‘under-age’?
-Can members of vulnerable groups, including children and people with learning disabilities) be not only victims, but perpetrators of sexual bullying and abuse?

Putting sexual bullying and abuse into context:
-Why is sexual abuse and bullying so common in families, including the abuse of children and elders as well as rape inside marriage?
-How has the growth of new media contributed to the development of a culture in which sexual bullying and abuse seems to flourish?
-How important in the rise of sexual abuse and bullying is the ready availability of pornography via the internet?
-What is it about some cultures and societies that encourages the violent bullying of homosexuals and members of sexual minorities, including transgender individuals?
-How can so many people, including media personalities and public figures as well as members of the general public, manage to conceal their sexually abusive behaviour so well and what can be done to undermine their abusive behaviour?
-Is there a relationship between the sexual bullying that happens in the armed forces (regardless of the gender of the victims and perpetrators) and the apparent use of rape as a strategy of war?

What can be done about sexual abuse and bullying?:
-What environmental and cultural changes might help to reduce the incidence of sexual bullying and abuse?
-How do we educate young people about the dangers of ‘grooming’ – both by people they know and trust and by strangers on the internet?
-What should be done about cases of sexual abuse by, for example, entertainers and other celebrities; teachers; clergy; parents, carers and leaders of youth clubs and organisations?
-How can settings such as schools and nurseries; young people’s organisations, and sports facilities be made ‘safe’ from sexual abuse perpetrated by teachers, leaders and sports coaches.
-How can we bring to justice members of paedophile rings; makers and users of child pornography; those who prostitute and traffic people for sex?
-How can schools, churches and health and social care agencies take adequate measures to protect children and young people from sexual abuse?
-Is female genital mutilation (FGM) a form of sexual abuse, even though it draws on traditional practices within some cultures? If it is, does this necessarily mean that all practitioners of FGM are sexual abusers?

Please use plain text (Times Roman 12) and abstain from using footnotes and any special formatting, characters or emphasis (such as bold, italics or underline). We acknowledge receipt and answer all paper proposals submitted. If you do not receive a reply from us in a week you should assume we did not receive your proposal; it might be lost in cyberspace! We suggest, then, you look for an alternative electronic route or resend.

The conference is part of the Ethos Hub series of ongoing research and publications projects conferences, run within the Critical Issues domain which aims to bring together people from different areas and interests to share ideas and explore innovative and challenging routes of intellectual and academic exploration. All papers accepted for and presented at the conference will be eligible for publication in an ISBN eBook.  Selected papers may be developed for publication in a themed hard copy volume.

Inter-Disciplinary.Net believes it is a mark of personal courtesy and professional respect to your colleagues that all delegates should attend for the full duration of the meeting. If you are unable to make this commitment, please do not submit a proposal for presentation.

For further details of the conference, please visit:
http://www.inter-disciplinary.net/critical-issues/ethos/bullying-and-the-abuse-of-power/call-for-papers/

CFP Sexual Bullying, Humanity, and the Abuse of Power
88 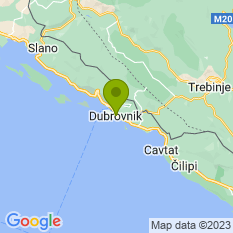