Scaling. What happens when we scale things up or down?

The Princeton-Weimar Summer School for Media Studies - a collaboration between Bauhaus-Universität Weimar (Internationales Kolleg für Kulturtechnikforschung und Medienphilosophie, IKKM) and Princeton University (German Department) - returns to Princeton in 2018 for its eighth installment. The 2018 session will be devoted to the investigation of scale and scaling as operative concepts for the analysis of media. What happens when we scale? Does anything really change? Can scaling ever impact the inner blueprint of an object? Are there laws of scaling? Or does scaling resist any attempt at calculability, such that, to investigate it, we can only ever look at individual events of scaling? As a media practice, scaling is widely used. But, in contrast to the ubiquity of operations, scaling is hardly ever viewed on its own terms as a basic concept of media analysis. The Princeton-Weimar Summer School for Media Studies 2018 will attempt to map out approaches to scaling as a basic media-analytical tool.

The summer school will be directed by Bernhard Siegert (Weimar) and Nikolaus Wegmann (Princeton). The Princeton-Weimar Summer School for Media Studies invites applications from outstanding doctoral students throughout the world in media studies and related fields such as film studies, literary studies, philosophy, art history, architecture, sociology, politics, the history of science and visual culture.

For the most up-to-date information on the program and faculty of the Princeton-Weimar Summer School for Media Studies please visit http://www.ikkm-weimar.de and http://german.princeton.edu/ssms.

All application materials should be sent via email to:
ikkm-conference@uni-weimar.de
and must be received no later than December 22nd, 2017.

Long overlooked, scaling is nonetheless part and parcel of media studies. Marshall McLuhan first called attention to scale and scaling in the formulation of his maxim, The Medium is the Message. “In a culture like ours,” McLuhan writes, “it is sometimes a bit of a shock to be reminded that, in operational and practical fact, the medium is the message. This is merely to say that the personal and social consequences of any medium (…) result from the new scale that is introduced into our affairs.” More recently, the effects of scale have been taken up as a leading question by Lev Manovich. Manovich’s study of “Scale Effects” in the reproduction of visual images - measured in pixels, image size, and speed of access - probes the very future of visual communication in a globalized society. Moreover, if we connect the question of scale to the notorious statement of Protagoras (that man is the measure of all things), the possibilities of scaling technologies question directly the anthropomorphic foundations of all kinds of cultural techniques, like dwelling, reading, writing, making music and so forth.
By now, scaling has become a topic both in media studies and beyond, perhaps because of its almost universal applicability. The physicist Geoffrey West raises scale to the level of a fundamental law of change, claiming that not only biological organisms, but even metropolises and major corporations can be determined by laws of scale. Is this claim of a general theory of scale itself out of scale?
One can scale pretty much anything. The operation is not limited to specific realms of thought in either the humanities or the sciences. Scaling is a principle of architecture, as Rem Koolhaas has shown in his groundbreaking work, S, M, L, XL. At the same time, popular culture abounds in scaling fantasies, such as Honey I Shrunk the Kids and Supersize Me. But although one usually thinks of scaling in terms of size, scaling has equally fundamental importance in the domains of speed and frequency. High-frequency trading e.g. has shifted the market for certain financial products beyond the control of human beings. How does microtemporality relate to macrotemporality? Introducing recursivity into scaling size leads to zooming in and out, which again leads to the topic of resolution, and the question of whether a thing remains identical with itself if we scale up/down the wavelength or the ppi by which we observe that thing. Scientists, too, conduct “pilot” experiments that have to withstand being scaled up. Further, scaling seems always bound up in aesthetics. Questions of scaling figure decisively in literature, music, design and the arts. Is it true, for example, that the difference between a story and a novel is merely in length?
Is there a tipping point where numbers alter the identity of things? Where aesthetics tips over into ontology as in the case of the uncertainty principle? How do we make sense of changing size, speed, frequency? Is scaling a way to get at the blueprint of things? Finally, can scaling processes be controlled? At least here, scaling is relevant in politics as well.

About the Summer School

The Princeton-Weimar Summer School for Media Studies provides advanced training in the study of media and cultural techniques. Focusing on one special topic annually, it affords a select group of fourteen graduate students the opportunity to work with distinguished international scholars from all fields of media studies in an intimate and highly focused context and provides a platform for participants to engage in dialogue with other doctoral students from around the world working in similar or related fields. The directors of the summer school lead five morning seminars. Afternoon sessions taught by the summer school faculty provide further opportunities for interaction and participation. A series of evening events, such as lectures and film screenings explore other facets of the annual summer school topic.

Participants will receive a reader with texts and material for the seminars. The working language of the summer school is English.

All applications should be submitted electronically in PDF format and should include the following:
Letter of Intent indicating academic experience and interest in the summer school’s annual topic (max. 300 words);
Curriculum Vitae (max. 2 pages);
Abstract of a possible presentation at the Princeton-Weimar Summer School for Media Studies (no more than 450 words);
Contact information of two potential references (name, institutional address, email).
Please use the following naming convention for your application files:
Lastname_Letter_of_Intent.pdf
Lastname_Curriculum_Vitae.pdf
Lastname_Abstract.pdf
Lastname_Contact_Info.pdf

All application materials should be sent via email to:
ikkm-conference@uni-weimar.de
and must be received by December 22nd, 2017.
Applicants who have been admitted will be notified in January 2018.

Once admitted, applicants are required to transfer the participation fee, which covers tuition, room and board, as well as all study materials during the entire week of the summer school. The payment of $750 should be received by February 28, 2018 to guarantee a spot in the program. A limited amount of travel funding will be available upon application. 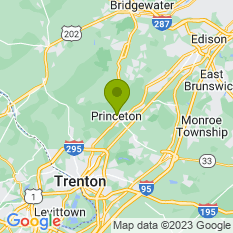