Nobel laureate for literature Luigi Pirandello (1867-1936) has become an adjective for theater around the world via deeply probed themes of illusion and identity, with actors everywhere breaking the fourth wall, and commenting freely on the works they’re simultaneously performing. But further, in his stories and novels, he evoked the sights, the sounds, the smells, the tastes of his native Sicily. His influence alone has made him one of the seminal dramatists of the 20th century and has been acknowledged by Sartre, Camus, Beckett, Ionesco, Edward Albee, Arthur Miller, and Thornton Wilder, along with the more contemporary playwrights influenced by those writers.

Presented in association with “Pirandello 150,” a city-wide, year-long festival commemorating the 150th anniversary of Pirandello’s birth, presented by the newly-formed Helluva Theatre Company. In addition to the film festival, it will include one-act plays, major theatrical productions, readings, panel discussions, podcasts, and academic seminars. 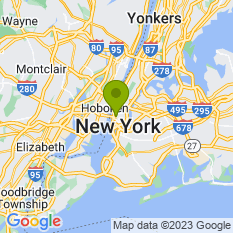