Media@McGill will be hosting The Participatory Condition, an International Colloquium, which will be held in Montreal at the Musée d’art contemporain (MAC) on November 15 and 16, 2013. The Colloquium’s main objective is to assess the role of media in the development of a principle whose expansion has become so large as to become the condition of our contemporaneity. The entire colloquium will be recorded and live-streamed, making it accessible to viewers internationally. Speakers include: N. Katherine Hayles, Bernard Stiegler, Kate Crawford, Birgitta Jónsdóttir, Geert Lovink, T. L. Taylor, Jillian York, Christopher Soghoian, among others.

Media@McGill is a hub of interdisciplinary research, scholarship and public outreach on issues in media, technology and culture at McGill University in Montreal, Quebec, Canada. Its main focus is the study of contemporary media. For the 2013-2104 year, Media@McGill will be focusing on Participatory Media as part of its 2012-2017 theme, Media and Democracy. To learn more about Media@McGill, visit:www.media.mcgill.ca 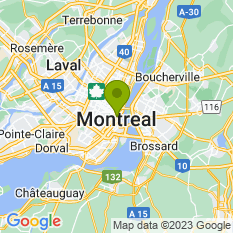