Over-policed and Under-Educated: The School to Prison Pipeline from Multiple Perspectives

The Center for Youth Engagement at the College of Education, University of Massachusetts, Amherst is kicking off its digital footprint with this event TOMORROW in Furcolo Hall, Room 101.

The Panel features Niya Kenny, who created a national conversation about racial injustice and the School to Prison Pipeline when she was arrested for confronting a school resource officer who inappropriately assaulted a classmate; Dennis Parker, who oversees work to combat the “School-to- Prison” pipeline as director of the ACLU Racial Justice Program; Sarah Hinger, a Staff Attorney with the ACLU’s Racial Justice Program, where her litigation and policy advocacy focus on race discrimination in education and law enforcement; and Vivian Anderson, a longtime community organizer and advocate, and the founder of Every Black Girl Inc., an organization inspired by situations like Kenny’s and designed to engage young black women of all ages empowerment and awareness.

Kenny, 19, is a plaintiff in the American Civil Liberties Union lawsuit, Kenny v. Wilson, which challenges South Carolina’s vague and far-reaching “disturbing schools” law. According to the ACLU, the law and a similar “disorderly conduct” statute facilitate criminal charges against students for ubiquitous adolescent behaviors such as loitering, cursing, or undefined “boisterous’ and “obnoxious” actions on school property. Hundreds of students, some in the early elementary grades, and most of whom are Black, have been criminally charged under the “disturbing schools” law.

The law attempts to silence and punish opposition from students who seek to exercise their civil rights, as Niya Kenny did and continues to do. In October 2015, Kenny filmed as her classmate was dragged from her desk by a school resource officer for having been inattentive and noncompliant in class. Kenny was threatened and arrested by Officer Fields for verbally reacting against his assault, and was suspended from school. Though the Justice Department announced in January that Officer Fields will not face charges, both Kenny and the student that was attacked are being charged with “disturbing schools.”

The complex School to Prison Pipeline consists of individual, community, and national-level stories.

There is a fundamental racial injustice that plagues the educational system, creating school systems that serve some but not all and that are biased-creating marginalized people, families, and communities. 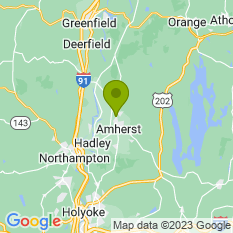