News and Entertainment in the Digital Age: A Vast Wasteland Revisited

Free and Open to the Public; RSVP required for those attending in person via the form below
This event will be webcast live at 5:00 pm ET and archived on our site shortly after.
Austin North Hall; Overflow in Austin East/West. Reception to follow
Co-sponsored by the Dean's Office at Harvard Law School and the Nieman Foundation for Journalism at Harvard University

In 1961, Newt Minow – then Chairman of the Federal Communications Commission – delivered a landmark speech to the National Association of Broadcasters on “Television and the Public Interest,” in which he described television programming as a "vast wasteland" and advocated for public interest programming. [1]  Fifty years later, we aim to reflect upon the changed landscape of television and dramatic shifts in the broader media ecosystem, and identify lessons learned that may help to offer insight into the next 50 years of media and public discourse.

How do new networked communications technologies nourish or otherwise alter the wasteland? This event will facilitate a conversation that focuses on the relationship between market regulation and the public sphere, and what that means for media, political processes, democracy and civic discourse in the United States. Drawing on the participation of Newt Minow and other special guests along with faculty and fellows from the Berkman Center and Harvard, the event will explore the future of journalism and the role of the state in the construction of the public sphere.

The event will feature:

Martha Minow, the Dean and Jeremiah Smith, Jr. Professor of Law, has taught at Harvard Law School since 1981, where her courses have included civil procedure, constitutional law, family law, international criminal justice, jurisprudence, law and education, nonprofit organizations, and the public law workshop.  An expert in human rights and advocacy for members of racial and religious minorities and for women, children, and persons with disabilities, she also writes and teaches about privatization, military justice, and ethnic and religious conflict.

Newt Minow  is senior counsel in Sidley’s Chicago office. He was a partner with the firm from 1965-1991. He served as a U.S. Army Sergeant in the China-Burma India Theater in World War II. He served as a Law Clerk to the Honorable Fred M. Vinson, Chief Justice of the United States, and as Assistant Counsel to Governor Adlai E. Stevenson. In 1961, President John F. Kennedy appointed him Chairman of the Federal Communications Commission.

Ann Marie Lipinski is curator of the Nieman Foundation for Journalism at Harvard. She is the co-chair of the Pulitzer Prize board and former editor of the Chicago Tribune. Before coming to Harvard she served as vice president and senior lecturer at the University of Chicago. She is the winner of a Pulitzer for investigative journalism.

Jonathan Alter is a weekly columnist for Bloomberg View, an on-air analyst for MSNBC, and the author of two New York Times bestsellers, "The Defining Moment: FDR's Hundred Days and the Triumph of Hope" and "The Promise: President Obama, Year One." He spent 28 years at Newsweek as a senior editor, media critic and columnist.

Terry Fisher is WilmerHale Professor of Intellectual Property Law, Harvard Law School & Faculty Director, Berkman Center for Internet & Society. Professor Fisher received his undergraduate degree (in American Studies) from Amherst College and his graduate degrees (J.D. and Ph.D. in the History of American Civilization) from Harvard University. Between 1982 and 1984, he served as a law clerk to Judge Harry T. Edwards of the United States Court of Appeals for the D.C. Circuit and then to Justice Thurgood Marshall of the United States Supreme Court. Since 1984, he has taught at Harvard Law School, where he is currently the WilmerHale Professor of Intellectual Property Law and the Director of the Berkman Center for Internet and Society. (Photo via Arcticpenguin)

Yochai Benkler is the Berkman Professor of Entrepreneurial Legal Studies at Harvard, and faculty co-director of the Berkman Center for Internet and Society. Before joining the faculty at Harvard Law School, he was Joseph M. Field '55 Professor of Law at Yale. He writes about the Internet and the emergence of networked economy and society, as well as the organization of infrastructure, such as wireless communications. (Photo via Joi)

John Palfrey is Henry N. Ess Professor of Law and Vice Dean for Library and Information Resources at Harvard Law School. He is the co-author of "Born Digital: Understanding the First Generation of Digital Natives" (Basic Books, 2008) and "Access Denied: The Practice and Politics of Internet Filtering" (MIT Press, 2008). His research and teaching is focused on Internet law, intellectual property, and international law. (Photo via Berkman Center)

Susan Crawford is a professor of law at Cardozo Law School and a former member of the ICANN board (2005-2008).  She co-led the FCC transition for the Obama administration and served as Special Assistant to the President for Science, Technology, and Innovation Policy (2009)

Perry Hewitt is Chief Digital Officer of Harvard University. She is an established leader in digital marketing communications, with deep experience in the corporate and not-for-profit sectors. Her background includes both traditional business and marketing strategy, and expertise in digital and social innovation and management. As Chief Digital Officer, Perry is charged with Harvard University’s efforts to develop a comprehensive digital communications strategy and approach, as well as to establish best practices for content, multimedia, and technology.

Ellen Goodman specializes in information policy law.  Her research interests include media policy, spectrum policy, the use of information as a policy tool, advertising law, and the informational aspects of sustainability policy. She is an animal law expert and pioneered the teaching of animal law at the law school. She is currently serving as Distinguished Visiting Scholar at the FCC's Future of Media Project and as a Ford Foundation grantee, working on a project developing new policy principles for public media in a networked age.

Reed Hundt is a former Chairman of the FCC.

Kevin Martin is a former Chairman of the U.S. Federal Communications Commission (FCC) and co-chair of Patton Boggs’ technology and communications practice. Mr. Martin has nearly two decades experience as a lawyer and policymaker in the telecommunications field, including his tenure as FCC Chairman from March 2005 to January 2009 when the industry was undergoing a period of unprecedented growth and innovation. As FCC Chairman, Mr. Martin was responsible for managing a staff of about 2,000 people and a budget of more than $300 million.

Nicholas Negroponte is founder and chairman of the One Laptop per Child non-profit.   He is the co-founder and former director of the MIT Media Laboratory.

Ethan Zuckerman is director of the Center for Civic Media at MIT, a principal research scientist at MIT's Media Lab and a senior researcher at the  Berkman Center at Harvard University.  With Rebecca MacKinnon, Ethan co-founded international blogging community Global Voices. Ethan's research focuses on issues of internet freedom, civic media in the developing world and cosmopolitanism in a digital age. He blogs at http://ethanzuckerman.com/blog and lives in the Berkshire Mountains of western Massachusetts.

News and Entertainment in the Digital Age: A Vast Wasteland Revisited
105 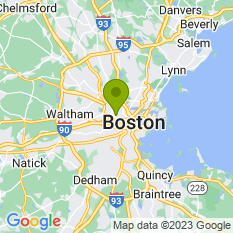