2012 was declared to be “the year of the MOOC” by no less than the New York Times, but stories of failure abounded about Massive Open Online Courses in the years that followed. The public read tales of defections, meltdowns, protests, and palace coups by faculty and scandals involving vandalism, cheating, and harassment by students. With retention rates hovering at 5%, few universities are maintaining the revolutionary fervor that characterized the optimistic press releases and photo ops of previous years.

This talk argues that MOOCs themselves might have been remarkably uniform as vehicles for content delivery, but they spurred a valuable diversity of pedagogical reactions among faculty to their particular format for free large-scale distance learning. Public debate and discussion about MOOCs has spurred a variety of innovative pedagogical experiments in higher education: SPOCs (Small Personalized Online Courses), DOCCs (Distributed Open Collaborative Courses), POOCs (Public Open Online Courses), and many other new forms of online teaching.

Elizabeth Losh is the author of Virtualpolitik: An Electronic History of Government Media-Making in a Time of War, Scandal, Disaster, Miscommunication, and Mistakes (MIT Press, 2009) and The War on Learning: Gaining Ground in the Digital University (MIT Press, 2014). She is the co-author of the comic book textbook Understanding Rhetoric: A Graphic Guide to Writing (Bedford/St. Martin's, 2013) with Jonathan Alexander. She is currently working on a new monograph, tentatively entitled Obama Online: Technology, Masculinity, and Democracy. She writes about gender and technology, the digital humanities, distance learning, connected learning, media literacy, and the rhetoric surrounding regulatory attempts to limit everyday digital practices.

She has written a number of frequently cited essays about communities that produce, consume, and circulate online video, videogames, digital photographs, text postings, and programming code. The diverse range of subject matter analyzed in her scholarship has included coming out videos on YouTube, videogame fan films created by immigrants, combat footage from soldiers in Iraq shot on mobile devices, video evidence created for social media sites by protesters on the Mavi Marmara, remix videos from the Arab Spring, and the use of Twitter and Facebook by Indian activists working for women’s rights after the Delhi rape case. Much of this body of work concerns the legitimation of political institutions through visual evidence, representations of war and violence in global news, and discourses about human rights. This work has appeared in edited collections from MIT Press, Routledge, University of Chicago, Minnesota, Oxford, Continuum, and many other presses.She is Director of the Culture, Art, and Technology program at Sixth College at U.C. San Diego, where she teaches courses on digital rhetoric and new media. She is also a blogger for Digital Media and Learning Central, and a Steering Committee member of HASTAC and FemTechNet. 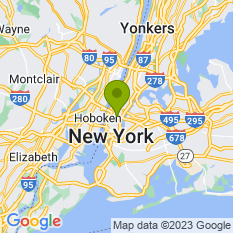