489 It’s All Relative: Modernism and Science

The Pirandello Society of America session

For the full conference program, see this link.

Joshua R. Galat: Virginia Woolf and a Climate of Uncertainty

This presentation locates Virginia Woolf’s final two novels, The Years (1937) and Between the Acts (1941), within the formative years of quantum physics and the interwar period to explore her depictions of uncertain weather conditions as expressions of the cultural anxieties surrounding the shifting epistemological and political landscape. Developed and popularized during the 1920s and early 30s, quantum physics revolutionized science and revealed that the certainty of Newtonian physics was fundamentally misguided. Simultaneously, Fascism was spreading throughout Europe, threatening England’s sovereignty and way of life. In her diaries and letters, Woolf reveals that she eagerly read about and discussed quantum physics with her friends and associates even as they dealt with the increasing likelihood of another global war. At a more personal level, Woolf’s lifelong struggles with mental illness peaked during these years, contributing to her eventual suicide in 1941.In this presentation, I examine The Years and Between the Acts within the context of these scientific, cultural, and personal ends of certainty to argue that Woolf employed the weather in her writing as a means of grappling with the surging prevalence of uncertainty in her life. After offering an overview of quantum physics and Woolf’s exposure to key ideas, I explain their effects on her literary imagination during the 1930s and the intensifying role of the weather in her personal writings. Then, turning my attention to The Years and Between the Acts, I examine the symbolic dimensions of the weather in relation to the plots and lives of the characters. Overall, I contend that Woolf uses the weather to probe the domestic implications—both in terms of England and modernist subjectivity—of a climate of uncertainty as she conceptualizes a new, scientifically-grounded framework for perceiving the future.

Bio: Joshua R. Galat is currently completing his Ph.D. in Theory and Cultural Studies at Purdue University. His dissertation, “Engaging the Unknowable: Modernism, Science, and Print,” explores the ways in which print culture facilitated dialogue and ideological exchange between modernism and the new physics of the early twentieth century. He has published three peer-reviewed articles in modernist studies, the most recent of which is forthcoming in the Journal of Modern Literature.

Austrian modernist Robert Musil’s magnum opus The Man Without Qualities (1930; 1933) famously opens with a meteorological report describing the barometric pressure, isothermal shifts, and water vapor level on a summer day in 1913. This is one of countless instances in which the novel integrates detailed scientific discourse, from the third-person narrator’s impromptu discussions of relativity and particle physics to the intellectual pursuits of the protagonist, Ulrich, a mathematician, scientist, and engineer. Ulrich’s problem is that, despite the wealth of culture and knowledge available to him in fin de siècle Vienna, he cannot choose a definite path for his life or thought—this makes him a “man without qualities.” One consequence is that his scientific explorations—like the narrator’s scientific digressions—are sporadic and never yield a consistent trajectory.

I argue that Musil’s novel depicts the difficulty of incorporating scientific knowledge into an encyclopedic unity, an ambition embodied in the work of G.W.F. Hegel, whose philosophical system assigns explicit positions and functions to scientific disciplines in the overall scheme of absolute knowledge. But Hegel, writing in the early 1800s, has a very different idea than Musil of what constitutes science. They are separated by the scientific upheavals of the late 19th and early 20th centuries, which further complicate Hegel’s encyclopedic project. But what is difficult for philosophy, I argue, may be better suited to the novelistic form. Musil’s novel integrates scientific discourse in a way that shows the limitations of philosophical approaches like Hegel’s while presenting its own encyclopedic alternative.

I emphasize two aspects of this modernist encyclopedic novel: first, it prioritizes multiplicity over unity in its representation of science. Instead of cohering to a prior conceptual scheme, scientific knowledge appears in The Man Without Qualities as a multitude with no obvious center. Second, it presents scientific insight as occasional and unpredictable—often the result of a felicitous encounter or sudden memory—rather than planned and controlled.

Bio: Samuel Heidepriem is a postdoctoral fellow in the Institute for World Literatures and Cultures at Tsinghua University in Beijing. He received his PhD from the Department of Germanic Languages and Literatures at University of Michigan in 2017. His research focuses on German literature from the Enlightenment to the present, political theory, and intellectual history.

An operator imitating the impassibility and workings of his machine; an actress imitating a tiger; a camera imitating biological processes; and a film company imitating society and the cosmos—these are some of the mimetic relations at the basis of Luigi Pirandello’s Quaderni di Serafino Gubbio Operatore (1915, 1925). Similar relations between mechanisms and organisms will later become fundamental for what Norbert Wiener established as the field of cybernetics, the science of communication and control in inanimate and animate entities. But before such terms as “cybernetics” and “cyborg” were coined around the mid-twentieth century and sparked the popular imagination, the figure of the man-machine had already entered the world of fiction, challenging what it means to be human and demanding new modes of (modernist? posthuman? postmodern?) relationality and communication.

This paper takes a Borgesian approach to Quaderni di Serafino Gubbio and its author, and explores the mimetic and symbiotic interactions between the film camera and the main human protagonist Serafino Gubbio, as if the novel had been written by Norbert Wiener, the author of Cybernetics (1948). The figure of the cyborg is at the center of my paper’s analysis which is structured around the following questions: To what purpose and extent does Serafino Gubbio merge with and imitate the camera (“two legs, a torso, and, on top, a machine”)? What is at stake when he speaks of “impassibility” and a “thing-like silence” as desirable or perhaps even required qualities in “times like these, times of machines,” and what are the implications thereof? Approaching the Quaderni from such a playful but therefore and also ultimately Pirandellian point of view opens up new critical pathways for the Sicilian Nobel Laureate’s work within a technological context, simultaneously providing Wiener’s foundational book with its, well, missing cyborg protagonist (Ronald Kline 2009).

Bio: Ana Ilievska is a PhD candidate in Comparative Literature at the University of Chicago. She completed her BA and MA in Romance Studies and International Literatures at the Eberhard Karls Universität Tübingen. Her dissertation and research focus on human-machine interactions in late nineteenth/early twentieth century novels from Southern Europe (Italy and Portugal). She has taught a self-designed undergraduate course on “Literature and Technology from Frankenstein to the Futurists” at the University of Chicago. Currently she is conducting dissertation research on a Fulbright scholarship (2018-2019) at the Università degli Studi di Catania where she is part of the Centro di Informatica Umanistica’s team working on the Edizione Nazionale Digitale of Pirandello’s opera omnia.

This paper takes up the impact of physics—specifically, the philosophical problems posed by work in quantum theory and cosmology from Erwin Schrödinger, James Jeans, and Niels Bohr—upon writer Sylvia Townsend Warner’s feminist literary imagination in interwar Britain. Specifically, I aim to examine how physics and feminism shared a discourse of invisible influence. By “invisible influence,” I mean those forces, energies, and properties that are just beyond the realm of ordinary physical visibility. In the early decades of the twentieth century, quantum theory was beginning to set itself apart from classical physics by attending to atomic, unseen forces upon the physical, visible world. This work was not restricted to specialist audiences, but was disseminated through popular publications, lectures, and controversies. From Schrödinger’s famed thought experiment, to Bohr’s research on the constitution of atomic nuclei and their transmutations, to Jeans’s work on cloud density that led to the publication of his immensely popular book The Mysterious Universe (1930), developments in physics were pushed into popular cultural imagination.

In the years prior to many of these developments’ arrival to public knowledge, Warner wrote two novels in short succession that aimed to understand similarly invisible, quotidian forces. These forces were not atomic, however, but structural—they were invisible structures that maintained women’s sociopolitical and economic inequality in British society. (Warner was not alone in her inquiry – her interest in invisible forces is akin to what Virginia Woolf explains in Three Guineas [1938] as the toxic “atmosphere” of British colonialist and patriarchal thought that maintained the oppression of women and colonial subjects.) Warner represents the physical realm of British daily life as already exerting invisible influence and constraint upon its inhabitants. Through philosophical shift and leaps of belief, however, this realm could be dramatically altered. For example, the structural limits placed on women’s lives in Lolly Willowes (1926) are so strong that the novel’s protagonist turns to the supernatural to gain invisible control over her own life in ways imperceptible to those around her. Similarly, in her novel Mr. Fortune’s Maggot (1927) the limits of colonialism render a British Christian missionary’s struggles teaching a young boy mathematics on a remote South Seas island into a crisis of colonialism’s continued invisible restrictions on epistemology.

Ultimately, I find that Warner’s knowledge of popular scientific developments along with her personal correspondence with James Jeans grew into a feminist literary aesthetic of invisible influence that, like quantum physics, held radical potential for ideological change during the interwar period.

Bio: Kara Watts recently completed her PhD in English at The University of Rhode Island. Her dissertation, “Charmed Modernisms: Fantasies of Sociality and Difference in Twentieth-Century British and American Literature,” argues that literary modernists’ unusual attention to the aesthetic notion of charm can be read as a concern for sociopolitical and identity difference. Her most recent publications include an article in Feminist Modernist Studies, “Designing Women: Gertrude Stein, Mass Culture, and the Formation of the Female Body” (February 2019), and a forthcoming collection from The University Press of Florida, Affective Materialities: Reorienting the Body in Modernist Literature (April 2019), co-edited with Molly Volanth Hall and Robin Hackett. She is currently an instructor of Gender & Women’s Studies at URI. 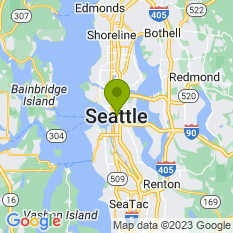