Material & Environmental Effects of the Digital at ASEH Chicago

I thought I would share some information on panels of interest at the upcoming American Society for Environmental History Conference in Chicago. Anyone planning to attend? I'd love to meet up!

"Abstract: Infrastructure is a multivalent term. It names persistent facilities of both material and institutional nature as well as the physical transformation of landscapes. But it also refers, etymologically, to an assemblage of structure and circulation. Accordingly, the generic concept of “infrastructure” not only touches on material but also on power relations within the human-nature-technology complex. It encompasses built systems that circulate water, people, electricity or goods as well as networks of information, finance or security. These often barely perceptible or even invisible arrangements (Benson 2015) shape daily routines and, if interrupted, prove the deep entanglements with and vulnerabilities of our sociotechnical surroundings.

As envirotechnical research approaches further gain ground in the wake of the Anthropocene debate, infrastructures — whether solid, fragile, smart or digital — seem to trigger heightened interest of numerous research streams in environmental humanities, STS, and geoscience. They are technical artifacts that are embedded in regional landscapes just as they are part of transnational networks. As such their construction and management not only has impacts on local but also on global environments. They connect and divide, and in their design, management, and maintenance, hierarchies manifest."

Publish or Perish? Print Cultures of the Anthropocene

"Abstract: Among the technologies that have marked the onset of the modern age, the typed word has enabled the local and global exchange of human knowledge on an unprecedented scale. The resulting availability of rich textual sources has been a boon for every environmental historian of the modern period. Print has been the premier vehicle for collective human enterprises that have both cultivated global-scale anthropogenic transformations of environments and reacted with alarm to such change. This panel considers three artifacts of modern print cultures—the journal article, the book, and the green publishing house—and connects their histories to the broader environmental transformations and historical contexts that they exemplify. Each artifact speaks to the diversity of local experiences that make up the unified global narrative of human-caused environmental transformation which some scholars have labeled the Anthropocene. A scientific article published in nineteenth-century Paris on the medicinal virtues of Eucalyptus globulus immediately became a must-read text among eucalyptus planters around the world. The Limits to Growth (1972), an international bestseller about the looming crisis of global environmental degradation, took on a national flavor upon translation into French. Germany’s nascent green publishing industry struggled to implement sustainable practices in the early twenty-first century amidst the destructive transition from physical to digital print cultures. From the ‘Age of Steam and Print’ to the Internet, this panel uses the print cultures of the Anthropocene to chart the emergence of a modern world that is increasingly green in thought yet decreasingly green in ecological impact."

Hope to see you there! 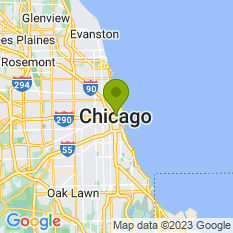