The Digital Archive of Massachusetts Anti-Slavery and Anti-Segregation Petitions

This event will introduce a searchable online database of about 3,500 anti-slavery and anti-segregation petitions sent to the Massachusetts colonial and state legislatures from the years 1649 to 1870, now located at the Massachusetts Archives.

Each petition image is annotated with detailed information, and the data set provides web-based browsing, searching, and filtering, along with images of the digitized documents. The images and associated metadata will be distributed by the Harvard Dataverse Network infrastructure and will be made publicly available for the first time at this event, February 27, 2015.

Garth Griffin
Data Scientist for the Performance of Politics Initiative

Nicole Topich
Archivist for the Performance of Politics Initiative

Free and open to the public, this event is cosponsored by the Center for American Political Studies, the Radcliffe Institute for Advanced Study, the Hutchins Center for African and African American Research, and the Massachusetts Archives. The database is made possible through the generous support of the National Endowment for the Humanities, the Harvard University Libraries, the Institutional Development Initiative, and the Institute for Quantitative Social Science. 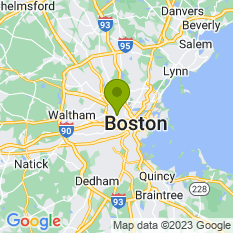