Latinness, whatever its numerous metamorphoses over the centuries, is still vibrant today. But what does the term cover and what cultural place and functions does it have in a globalized world? Sometimes associated with the Roman Empire's hegemony, sometimes neutralized and recycled by reactionary ideologies, it might open up to fresh re-interpretations and other becomings.

Latinness has now become a space of and hybridity, a space of cultural and religious dialogues, linking many continents in a network that combines, to name but a few, Europe, America and Africa. But do Latin cultures add up into a homogeneous cultural map? Is it what Latinness is about? The mere notion of Latin America is highly problematic. Every country, every nation, every geographical unit builds its own Latin imagery on myths and fantasy rather than history, as illustrated in various art forms including literature, the FineArts, cinema, music, dance, gastronomy and so on.

Yet nothing is more cultural than eroticism and in its voyage from Greece to Rome, Eros changed its nature. Sex in Rome, the erotic figure of the Emperor, Roman literature (Ovid, Petronius, Apuleus), Roman laws, or the phallic fascination as described by Pascal Quignard, are many different testimonies of a Latin configuration of Eros. Culturally and phantasmatically, its presence can still be felt in the modern cinematographic and literary references to the eroticism found in RomanAntiquity, or in the resilience of certain types, symbols, images or prejudices. The Latin Eros connects heterogeneous worlds (be they the poetry of love, the myth of Dom Juan, the figures of Carmen or RudolphValentino, the visions of a Futurist Man orWoman, Lacan's conceptual promotion of the phallus and that of the Name-of-the-Father, tango and salsa dancing, and) and weaves the threads that bind bodies, skins, imaginations, and cultural practices throughout centuries. 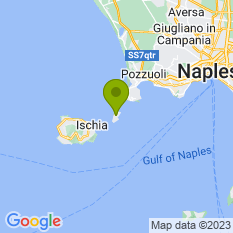