As part of a study of the cultural history of binary systems, Kristen Haring undertook an unusual hands-on project. Her talk will explain how her knitting of Morse code serves to engage a general audience in discussion of communications theory, binary systems, and the history of media. She will also recount the surprising ways that physical production deepened her historical understanding. The talk will highlight the rich answers that can come from explorations that are at once artistic and technical, popular and scholarly, historical and contemporary.Kristen Haring is Assistant Professor of History at Auburn University, and an External Faculty Fellow at the Stanford Humanities Center for 2011-12. She holds degrees in mathematics from the University of Pennsylvania and the University of North Carolina at Chapel Hill and a PhD in history of science from Harvard University. Haring’s work has been recognized by the Society for the History of Technology, which awarded her the IEEE Life Members’ Prize in Electrical History for portions of her book Ham Radio’s Technical Culture (MIT Press, 2007). She has served on the board of directors of the Keith Haring Foundation since its creation by her brother in 1989.The History and Theory of New Media lecture series, presented by the Berkeley Center for New Media, invites interdisciplinary scholars to reflect critically on the nature of contemporary media. The series will present talks from philosophers, historians, literary critics, art historians, and media theorists, with the aim of understanding new media in its broadest contexts. 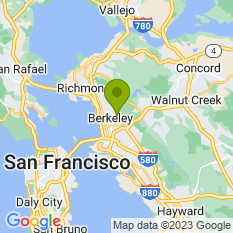