The academic fraternity world over is preoccupied with various ways of understanding language, literature and culture. In addition to their interrelations and interdependence, the new ideas and approaches emerging from various disciplines like literary theory, philosophy, anthropology, linguistics, pragmatics and discourse analysis alongside technological revolution and socio-cultural transformations, have a bearing on our perception of language and literature. The conference aims at exploring this dynamics with a focus on the complimentary nature of language, literature and culture and their centrality in human life.

Themes for Discussion and Presentation

Literature and Culture in Language Learning and Teaching

Literature as Articulation of Culture

Women Writers and Images of Women

Representation and Resistance in Post-colonial Literature

Language and Literature for Knowledge and Value in a Globalizing World

Language and Literature for Human Understanding and World Peace

Abstracts (250 words) related to any of the themes can be submitted between 15 June 2012 and 15 August 2012. Acceptance will be communicated by the end of August 2012. Each paper will be given 15-20 minutes for presentation, followed by discussion for 5-10 minutes. Abstracts may be sent on iasepune@yahoo.com as an attachment with ‘Submission of Abstract’ typed in the subject field.

N.B.: The deadline has been extended to 25 September 2012. Acceptance in the second phase will be communicated by September end.

For more information on ICLLC
36 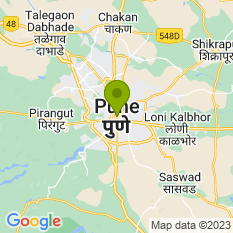