It has become quite common to use the term gender for sex, albeit this is incorrect. The infants are assigned male or female sex, while gender is more complicated because it encompasses not just biological sex but also personal sense of being male, female, both or neither actually. Self-perception of gender then affects gender representation, or how one presents themselves (e.g. the way they behave, dress, talk, etc.).

The incorrect use of gender is particularly prominent in Western societies where it became some sort of political correctness, and not many question this incorrect use of the term gender. Nevertheless, all recent research on gender and women studies demonstrates that patriarchy is alive and well, and that both men and women suffer from patriarchal perceptions of expected roles. For example, women still face difficulties in equality of opportunities for all jobs, and when equality is achieved and they enter a certain industry; they face difficulties in being promoted to managerial positions (glass ceiling). On the other hand, men face difficulties in embracing roles traditionally seen as feminine such as staying at home with children or applying for paternal leaves, which are still approved more to women than men.

When it comes to gender perceptions the situation becomes even more complicated because if one refuses to identify with sex assigned at birth and chooses to express gender differently, patriarchy kicks in even stronger and these individuals face not just discrimination in access to employment but also public mocking and in some countries even assaults. It is stating the obvious to say that many countries in the world still ban homosexuality and that LGBT individuals and couples are not just discriminated but also targets of public campaigns to ban them ever having the same rights as heterosexual couples such as marriage and adopting children (before they even asked for these rights), assaults, threats and intimidation, etc.

The question we can ask is how far have we got in achieving not just gender equality (for vast amount of research testifies we have indeed not got far albeit lots of progress has been made), but how far have we got in achieving understanding of gender? What kind of culture needs to be created to embrace diversity beyond positive laws (that exist only in some countries), but a true diversity where nobody will think they should have the right to question someone’s self-perception and self-expression, and a culture where all sexes and genders will be equal?

This conference therefore invites papers in the following (but not limited to) themes,

Positive practices of cultural and social understandings of genders

Gender from the point of cultural studies

Centre for Research in Humanities and Social Sciences is a private institution originally founded in December 2013 in Croatia (EU). Since July 2016 the Centre is registered in Leeds, UK.

Participants are responsible for finding funding to cover transportation and accommodation costs during the whole period of the conference. This applies to both presenting and non-presenting participants. The Centre will not discriminate based on the origin and/or methodological/paradigmatic approach of prospective conference participants. 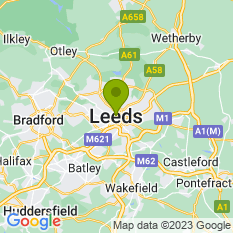