Centre for Research in Social sciences and Humanities

is inviting paper/panel proposals for

Interdisciplinary Conference on Religion in Everyday lives to be held in

Religion is often discussed through the eyes of secularisation theory; however, there is no agreement on what secularisation is, or to what extent religion is present in our present lives even though religion is as influential as ever. Whether we understand secularisation as a decline of religious beliefs, privatization of religion, or as differentiation of the secular spheres and emancipation (Casanova 2006; Berger 2001), we still have to ask ourselves to what extent religion shapes our present lives. Many scholars believed religion will eventually loose importance and that societies will face decline of religious beliefs, but by the end of the 20th century many changed their views and acknowledged that secularisation theory does not work, and that religion is as important as ever (Berger, 1999). Nonetheless, we can agree with a view “religious communities have survived and even flourished to the degree that they have not tried to adapt themselves to the alleged requirements of a secularised world” (Berger, 1999: 4).

Recently, scholars also advocated that religion emerges in times of crisis such as, for example, the Arab Spring, breakup of former Yugoslavia, current economic crisis that is shaking the world etc. It is questionable whether we can truly discuss secularisation as a phenomenon, or we should simply turn our attention to the notion of religion in all of its aspects, and try to increase understanding of this complex phenomenon.

We are, therefore, seeking papers from social sciences and humanities that address religion and its influence on our present reality, and its growing importance.

Papers are invited (but not limited to) for the following panels:

Religion and the media

Religion and the Idea of Europe

Prospective participants are also welcome to submit proposals for their own panels.

Submissions of abstracts (up to 500 words), short bios (up to 100 words), and email contact should be sent to Dr Martina Topić

(martina@socialsciencesandhumanities.com) by 1st March 2014. Decisions will be made by 5th March, and payment of the conference fee has to be made by 15th March.

Finalised Conference programme will be available by 15th March.

Participants should indicate in their applications whether they would like to chair one of the existing panels (if not proposing their own panel).

The Centre established a peer review journal, and a working paper series. Conference papers will be considered for publication.

Conference fee is EUR 290, and it includes

Coffee-break morning with drinks and pastries

Coffee-break afternoon with drinks and pastries

Centre for Research in Humanities and Social Sciences is a private institution founded in December 2013 in Croatia (EU).

We selected Austria as a place for hosting conferences due to Austria’s favourable geographic position, and liberal Visa regime for conference participants with EU Visa requirements.

Unfortunately, the Centre has no available funds for covering transport and accommodation in Austria. Participants are responsible for finding funding to cover transportation and accommodation costs during the whole period of the conference.

The Centre will not discriminate based on the origin and/or methodological/paradigmatic approach of prospective conference participants.

Conference drinks, coffee breaks, lunches and dinners are covered for both days of the conference. 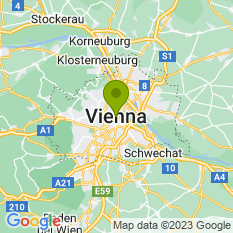