This pre-conference event, sponsored by the Gates Foundation, was announced on a listserv I'm on. I thought it would be of interest to the HASTAC and #FutureEd communities.

Higher education is described as being in a time of crisis. In the US, tuition costs have been escalating beyond the cost of inflation for some years, students are building up significant debt, whilst completion rates are in decline. The higher education system is creaking under the strain of additional scrutiny from government, funders, parents and students, yet is struggling to re-invent itself to reduce costs whilst improving quality and increasing flexibility for learners. In a Europe facing the financial downturn, universities struggle to retain their public service ethos when budgets are under huge pressure. Elsewhere in the world, many countries plan dramatic expansion to their higher education systems to fuel their growing economies, but they are being held up by lack of infrastructure and the increased intellectual capital that is needed.

Higher education is becoming a global, Internet-based business. But few universities are equipped to fully embrace the potential that this offers. Few faculty were even aware of these seismic shifts until the recent publicity around Massive Open Online Courses (MOOCs) which provide access to free online courses by a wide range of universities and opened to students with any academic background. They are attracting millions of students from across the globe. To what extent though is the MOOC really revolutionary and disruptive, or is it being used cynically by the most elite institutions to further increase their brand power and assert their superiority, whilst the middle tier of institutions lose student numbers and academic credibility? Do MOOCs hold the potential to support the developing world in its academic ambitions, or are they just another example of neo-colonialism? And what about online learning more broadly – are we giving enough attention to the quiet revolution of blended learning that has been taken place over many years, and what that means for higher education? 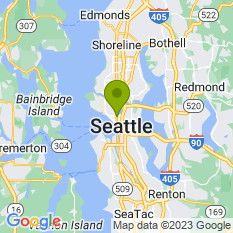