Please join us for the book reading and discussion of Terrence Holt's Internal Medicine: A Doctor's Stories - a powerful collection of stories about the struggles and triumphs of medical residency.

Terrence Holt is a graduate of the School of Medicine at the University of North Carolina-Chapel Hill, where he also completed residency training in internal medicine and subspecialty training in geriatrics.  He holds PhD and MA degrees in English and the MFA in creative writing, all from Cornell University.  Before medical school, he was an assistant professor of English at Rutgers University, writer in residence at Swarthmore College, and for two years a resident fellow at the Fine Arts Work Center in Provincetown.  He is now an associate professor in the Department of Social Medicine and in the Division of Geriatric Medicine at UNC.   He writes at the intersections between medicine and the humanities, in a variety of modes--criticism, personal essay, and prose fiction--about insight and the imagination, clinical practice and ethics, embodiment and mortality.

Dr. Holt’s short fiction has been anthologized widely in best-of collections in the US, Europe, and Asia, and in 2009 was collected as In the Valley of the Kings (Norton, 2009), which was a New York Times Editor's Choice and the runner-up for the 2010 PEN American Center's Robert W. Bingham Prize for Distinguished Literary Achievement.  His most recent collection, Internal Medicine (Norton/Liveright, 2014), was named by Kirkus Reviews as one of the best memoirs as well as one of the best science and nature books of 2014.  He lectures widely on medicine and the humanities, most recently as a featured speaker at the Library of Congress's National Literary Festival in Washington, DC

"Internal Medicine captures the doctor's struggle not only with sickness, suffering, and death but the fears and frailties each of us—patient and doctor alike—brings to the bedside. In a powerful alchemy of insight and compassion, Holt reveals how those vulnerabilities are the foundations of caring. Intensely realized, gently ironic, heartfelt and heartbreaking, Internal Medicineis an account of what it means to be a doctor, to be mortal, and to be human." - Amazon.com 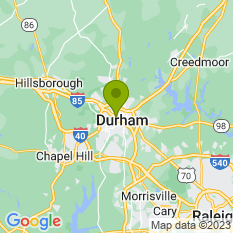