The multilayered identity of New York as a global fashion capital has long been defined by the history of the garment industry, fashion and labor. The cultures and economies of the fashion industry and the city of New York have been and continue to be intertwined. The cultural economic impact of the fashion industry on New York City cannot be overstated. New York City’s fashion industry employs 180,000 people and accounts for 6% of the city workforce, generating $10.9 billion a year in total wages, and tax revenues of $2 billion. An estimated 900 fashion companies are headquartered in the city.  New York Fashion Week contributes about $850 million a year to the local economy—about twice the economic impact of the 2014 Super Bowl.

Fashion is more than ever part of a wider landscape that intersects with other creative industries (media, visual arts, design, film, craft). Fashion, its manufacturing and culture industry, and its complex media apparatus have contributed to the transformation and histories of several world cities. In many cases, as in New York City, women and immigrants were largely responsible for building the garment industry; and it was their work that intersected with social reforms, political activism, gradual urban transformation and processes of globalization and gentrification.

Registration is free and open to the public. 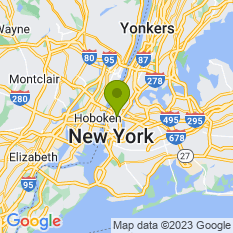