A conversation between current "Dorothy H. Hirshon "Director in Residence" Lynn Hershman Leeson and B. Ruby Rich on the topic of "archive" as it relates to feminism and technology. Dean Anne Balsamo will moderate.

This event is part of the Video Dialogue Series produced by FemTechNet for the 2013 DOCC (Distributed Online Collaborative Course): Dialogues in Feminism and Technology. The 2013 DOCC is an experiment in an alternative approach to organizing online learning based on feminist pedagogies. It runs from September to November 2013. More than 30 instructors from 17 institutions will participate in this collaborative learning experiment.

B. Ruby Rich is Professor, Film + Digital Media Department and Social Documentation M.A. Program at the University of California, Santa Cruz, teaching documentary and film studies. Rich is a long-time critic, curator, cultural commentator, and journalist as well as a film scholar. She is the author of New Queer Cinema: The Director's Cut (Duke, 2013) and Chick Flicks: Theories and Memories of the Feminist Film Movement (Duke, 1998). She is also the new editor of Film Quarterly (UC Press), the oldest film journal in the U.S. Rich has written for publications from The Guardian to The Nation, Village Voice to Signs and GLQ. Rich was honored in 2012 with the first Frameline Award to be awarded to a critic since Vito Russo received the inaugural award in 1986.

Lynn Hershman Leeson has been internationally acclaimed for her art and films. Her artwork is featured in the public collections of the Wilhelm Lehmbruck Museum, the Zentrum fur Kunst und Medientechnologie (ZKM), the Los Angeles County Museum of Art, The Tate Modern, The National Gallery of Canada, the Walker Art Center and the Museum of Modern Art. She received the d.velop digital art award (d.daa), in Berlin, for Lifetime Achievement in the field of Media. She has also received a John Simon Guggenheim Memorial Foundation Fellowship. A major retrospective and catalogue is scheduled in 2014 at the ZKM Museum in Germany and the Museum der Moderne Museum in Salzburg. Five of her feature films – The Electronic Diary, Conceiving Ada, Teknolust, Strange Culture, and !Women Art Revolution – have been showcased at the Sundance Film Festival, Toronto Film Festival and The Berlin International Film Festival, among others. They have also been awarded many honors, including the Alfred P. Sloan Award for Writing and Directing and the Best Film on Art in 2011. All of her feature films are in the collection of the Museum of Modern Art.

She is currently serving as the 2013-2014 Dorothy H. Hirshon "Director in Residence" in the School of Media Studies at The New School. 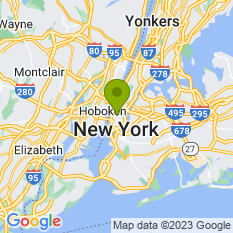