In contemporary retellings of historic fairy tales certain characters recur without failure: wicked witches, evil stepmothers, Rumplestiltskin, jinn, gnomes, trolls, wolves and thieves, as well as fairy godmothers, departed beloved mothers, firebirds, dwarves, princesses, dragons, woodcutters and princes charming. Disney has established a near monopoly on how these characters are viewed in contemporary society and how their stories are retold but the Disney lens is not the only one available. Fairy tales, folk lore and legends are the common patrimony of us all and the canvas on which the vast mural of good versus evil plays out; our darkest dreams or nightmares struggle against our better selves and highest hopes in these tales. At the same time, the relationship between these tales and modern society is a complex one that invites closer consideration of the changing nature of the stories and how modern sensibilities have both challenged and been challenged by the values and viewpoints that underpin the narratives.

Childhood itself, the presumed audience for most of these stories, has itself undergone radical redefinition since the tales first began to be collected or written. How have those changes influenced or been reflected in the retelling of the tales over time? Fairy tales can be interpreted in a variety of ways and from a variety of viewpoints: they can be psychological exposes, blueprints for dealing with the traumas of childhood and early adulthood, guides to navigating life, windows onto social realities long forgotten, remnants of ancient mythology or hints at how to access the Transcendent. How have adult sensibilities of what is appropriate for children appeared in the retellings or new collections? How many tales are actually retold for the benefit of adults, despite their supposed audience of children?

During the 2016 project, the unexpected preponderance of Disney-related discussions surprised all the participants. The Disney footprint seems to be inescapable when discussing this literature, whether a particular story has served as inspiration for a Disney film or not. That in itself is perhaps a subject worth discussing. The 2017 project meeting will focus on non-Disney retellings of the classic tales as well as those tales which Disney has chosen thus far to ignore.

The Fairy Tales interdisciplinary research and publishing stream investigates how fairy tales/folk tales/legends represent both good and evil, how these are personified or interact, what these reveal about the lives of those who have told them over the years, what they mean for us who read or listen to them today. Possible subjects for presentations include but are not limited to:

Exploring the Tales Themselves:

Functions of tales over time and across cultures

Justice and morality in the tales

Considerations of why tales are an enduring aspect of culture

Relationship between fairy tale characters and real life humans: do human ‘good guys’ or ‘bad guys’ behave so differently from fictional goodies and baddies, where there times when characters that seem fantastic to modern folks were actually considered to be more realistic by historical readers/listeners, what factors shape the changes that cause people to perceive characters as more or less real

Relationship between fantastic and magical elements of tales and lived reality

Intended lessons and values of stories and counter-interpretations, particularly in relation to gender, sex, materialistic values, notions of virtue and authority

Processes around the domestication of fairy tales

Tales and their authors

Studies of readers/audiences across time and cultures

Listening versus reading: impact of oral traditions on the narratives, impact of illustrations in reception of the tales, etc.

How adaptation to other mediums, such as film, television, visual art, music, theatre, graphic novels, dance and video games, affect the content of the tales themselves, appreciation of the narrative or our interpretations of narrative meaning

Tales and pedagogy: using tales as teaching and learning tools

In tourism through destination marketing of spaces associated with fairy tales, Disneyfication of tales, etc.

In the formation of national/cultural/ethnic identity

In the publishing business

Communities, biography and fairy tales: How social communal identity is forged around telling and re-telling tales

Tales and magical thinking in the human development

Tales and aging (“growing old” as a theme in tales, how tales shape perceptions of old age, etc.)

Theatrical, dance and other types of staged presentations

Further details and information can be found at the conference website:

Details about our reviewing policy can be found here:

300 word abstracts, proposals and other forms of contribution should be submitted by Friday 28th October 2016.

All submissions be minimally double reviewed, under anonymous (blind) conditions, by a global panel drawn from members of the Project Team and the Advisory Board. In practice our procedures usually entail that by the time a proposal is accepted, it will have been triple and quadruple reviewed.

You will be notified of the panel’s decision by Friday 11th November 2016.

If your submission is accepted for the conference, a full draft of your contribution should be submitted by Friday 3rd March 2017.

a) author(s), b) affiliation as you would like it to appear in programme, c) email address, d) title of proposal, e) body of proposal, f) up to 10 keywords.

Abstracts should be submitted simultaneously to both Organising Chairs:

The conferences we organise form a continual stream of conversations, activities and projects which grow and evolve in different directions. The outcomes and ‘outputs’ which can productively flow from these is a dynamic response to the gatherings themselves. And as our meetings are attended by people from different backgrounds, professions and vocations, the range of desirable outcomes are potentially diverse, fluid and appropriate to what took place.

For detailed information on possible outcomes and outputs, please click here. (This will open a new window).

All accepted papers presented at the conference are eligible to be selected for publication in a hard copy paperback volume (the structure of which is to be determined post conference and subject to certain criteria). The selection and review process is outlined in the conference materials. Other publishing options may also become available. Potential editors will be chosen from interested conference delegates.

Inter-Disciplinary.Net believes it is a mark of personal courtesy and professional respect to your colleagues that all delegates should attend for the full duration of the meeting. If you are unable to make this commitment, please do not submit an abstract for presentation. 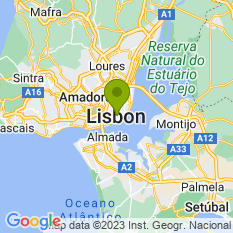