Power and authority in the face of vulnerability.

This conference is part of a cycle focusing on "power and authority" that brings together five universities: Montpellier 3, Paris 8, Rennes 2, UBO, UQÀM. It began in 2019 at UQÀM with "Monitorer le présent. L'écran à l'ère du soupçon". It was followed by "Biopouvoir en culture de l'écran" held at Rennes 2 in the fall of 2021. The third opus will focus on the concept of vulnerability.

The collapse of authority, the demotions of the "big Other," God and State and other mostly masculinist idols, put a fracture in being. In consequence, we are still crawling, around with the lesions caused by the affronts of a faux authority trailing its miserable representatives.

As part of a four-year cycle on "Forms and representations of power and authority in screen culture," the University of Paris 8 is organizing the third opus of this collective endeavor involving UQAM, UBO, the University of Rennes 2 and the University of Montpellier 3. The two previous opuses were respectively entitled "Monitorer le présent. L'écran à l'ère du soupçon" (UQÀM, fall 2019) and "Biopouvoir en culture de l'écran" (Rennes 2, fall 2021). More specifically, our objective is to critique the relationship between power and authority in the light of the concept of vulnerability. According to Avital Ronell, "authority institutes and invests the political." The question of authority is all the more acute as it is confronted with the fragility of contemporary democracies, an intrinsic characteristic to be differentiated from vulnerability, which involves an opening onto the other. Faced with the collapse of the metaphysical foundations that advocated God the father as the highest impartial authority that made it possible to secure political power and the reconfiguration of social relations within the family unit where, according to Roman law, the figure of the paterfamilias was invested with auctorictas within the domestic sphere, how can we redefine a concept with uncertain contours? Authority dwells around such notions as power, or even authoritarianism, leading to its own demise, since authority does not resort to force or persuasion.

In a related manner, this raises the question of the subject’s autonomy claiming an inner authority based on her self-mastery. Such a vision is quite problematical as it tends to erase the interdependent relationships specific to the human condition. According to this theoretical model, vulnerability precludes rational mastery, in a denial of the body and more widely of what may belong to sensation, a pattern largely taken up by the proponents of transhumanism. The injunction of self-mastery can derive from a state authoritarianism that no longer advocates the good life, but a form of coercive morality aimed at countering an alleged moral decadence coming from abroad, as exemplified in the excesses currently observed in some countries. Conversely, thinking of human vulnerability as an irreducible exposure to the incalculable, or at least to randomness, integrates from the outset the possibility of a limitation of our capacity to act upon the world, knowing that we are always caught up in a bundle of interdependent relationships that form the basis of politics. At a time marked by an increasing distrust of the State as the repository of political authority, replaced by de-subjectivizing techno-capitalist interests, it would be appropriate to question the relationship between power and authority in terms of what could be a genuine politics of vulnerability (Marie Garrau. Politiques de la vulnérabilité. Paris: CNRS éditions, 2018) that would walk the line between universalism and particularism.

Indeed, if from a universalist perspective (e.g. that of Emmanuel Levinas), vulnerability can be conceived of as an infinite openness to the other, certain forms of precarious life (Judith Butler, Precarious Life: The Powers of Mourning and Violence after 9/11. Verso, 2004) originate in an exposure to violence and an inability to act upon the world that threatens the development of faceless subjects. In the wake of posthumanist reflections, new figures have emerged such as the cyborg (Donna Haraway, Simians, Cyborgs and Women: The Reinvention of Nature. Free Association Books, 1991) or of the animot (Jacques Derrida, L'animal que donc je suis, Paris: Galilée, 2006), which have come to disturb the construction of Man as having a "natural" authority over the world by reinscribing him in a continuum of always already technologized living beings (Corine Pelluchon. Eléments pour une éthique de la vulnérabilité. Paris: éditions du Cerf, 2011), that is to say denatured, in the sense that Nature is no longer an external element guaranteeing original purity. These figures allow us to deconstruct and critique the relationships of domination and subjugation based on a certain patriarchal tradition rooted in a past that is being challenged by new epistemologies.  They also allow us to rethink the category of the human subject.

This conference is open to all disciplinary fields concerning these issues and will welcome practice-based artistic contributions.

Conference proceedings will be published after being peer-reviewed. 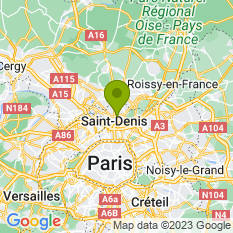