Evil Spaces, Wicked Places
The Geographies and Architectures of Evil

This inclusive interdisciplinary project explores the relationship between evil, spaces and places. From the circles of hell in Dante’s Inferno to the killing fields of the Khmer Rouge and the massacres in Bosnia and Rwanda, from crumbling sanatoria to gothic haunted houses and basements of imprisonment and sexual oppression, evil has many geographies and inhabits a wide array of accidental or designed architectures. Places become defined as evil; spaces are made evil by the actions of people or acquire the atmosphere and presence of evil. Whether real or imagined, these spaces and places speak to us of unease, fear, menace, dread, horror, the supernatural and something beyond what is human. Evil. This project seeks to map and explore the relationship between persons, evils, spaces and places.

For 2016 the project will focus specifically on London as a locus of evil spaces and places. Described in The Guardian newspaper as “the dark heart of Britain, the place where democracy goes to die, immensely powerful, equally unaccountable”, London is the home of Jack the Ripper, Sweeney Todd, and Madame Tussauds Chamber of Horrors. The city has cringed before the Black Death and the Peasants’ Revolt; it has seen kings and queens crowned and beheaded; it has gawked at Shakespeare’s Wyrd Sisters, the Great Fire, cholera, and the Great Stink that led to the creation of one of the first modern sewer systems. It is full of hauntings and ghosts and things that go bump in the night.

London is all these and more, which prompts the question of how its history, geography and architecture reflect all these aspects of the city’s identity, even as they interact and continue to create the monstrosity that is the city known as “London?”

Topics for possible presentation include, but are not limited to:

Tower of London in history and fiction
Westminster Palace and London in fiction as a centre of black magic and plots for world domination
St. Paul’s Cathedral hovering over London rising from its own ashes
The London Underground
The Marble Arch, Newgate Prison, The Clink, and other sites of execution or punishment
The Old Bailey and legal aspects of evil
Real and imagined evils in the British Museum
Art and evil in the collections of the National Gallery, Tate Gallery, Tate Modern
Madame Tussauds
Houses of Parliament as source of evil, target of evil acts, and defence against evil
Monuments and evil: war memorials, the Marble Arch/Tyburn, etc.
Architecture and evil

Evil in the Boroughs

Whitechapel and the East End
Representations of evil in Greater London (ex. Southwark, Westminster) in fiction and folklore
City traders as perpetrators of social evils
Soho and the sexual underground as a playground of Evil OR as escape from evil, mundane world

Jack the Ripper and other famous serial killers: “Vampire of London” (John George Haigh), “Camden Ripper” (Anthony Hardy), “Lambeth Poisoner” (Thomas Neill Cream)
Celebrity evil-doers (real and imaginary killers, “mad” scientists, political revolutionaries)
Mobs and gangs of the past and present
Royal figures that either keep evil at bay or that invite evil in
Press coverage of evil acts and their perpetrators

Sherlock Holmes and Professor Moriarty
Doctor Who, James Bond and others as the nemesis of Evil
Peter Pan and Captain Hook: British children, childhood, and Evil or Wickedness
Sweeney Todd, the Demon Barber of Fleet Street

London and the Other-worldly Evils

Monsters, human and non-human, in the shadows of London
London’s role in the occult revival
Haunted locations
Witches in London

Submissions and contributions are invited which deal with evil spaces and places both generally as well as in relation to the specific focus of London.

We hope to be able to make time to visit the new crime museum and other places of interest.

What to Send
300 word abstracts, proposals and other forms of contribution should be submitted by Friday 14th August 2015.
All submissions be minimally double reviewed, under anonymous (blind) conditions, by a global panel drawn from members of the Project Team and the Advisory Board. In practice our procedures usually entail that by the time a proposal is accepted, it will have been triple and quadruple reviewed.

a) author(s), b) affiliation as you would like it to appear in programme, c) email address, d) title of proposal, e) body of proposal, f) up to 10 keywords.
E-mails should be entitled: Evil Space/Place Abstract Submission

This event is part of the Evil inclusive interdisciplinary research and publishing project. It aims to bring together people from different areas and interests to share ideas and explore various discussions which are innovative and exciting.

It is anticipated that a number of publishing options will arise from the work of the project generally and from the meeting of Evil Spaces, Wicked Places stream in particular. Minimally there will be a digital eBook resulting from the conference meeting. Other options, some of which might include digital publications, paperbacks and a journal will be explored during the meeting itself. 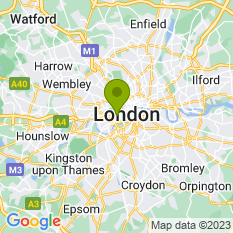