Everyday Racism, Everyday Homophobia: A Symposium on the Intersections of Race, Gender, and Sexuality

Everyday Racism, Everyday Homophobia:  A Symposium on the Intersections of Race, Gender, and Sexuality.

Broadcast:   All or some of the footage will be part of “Left of Black,” by Host Mark Anthony Neal and the Franklin Center Studios.

Affiliated Events:  This Symposium will be co- advertised and coordinated with the Global Affirmative Action Conference (Nov. 8-10) and the Graduate-Student Interhemispheric Conference “Convergences” (Nov 9-10), both held at Duke University.

DURHAM, N.C. (October 12, 2012) – A provocative, scholarly, and lively event,  "Everyday Racism, Everyday Homophobia:  A Symposium on the Intersections of Race, Gender, and Sexuality,” will take place on November 8, 2012, from 1-4 p.m. at the John Hope Franklin Center for Interdisciplinary and International Studies at Duke University.   Bringing together some of the nation's most urgent thinkers on race theory and gender and sexuality studies, the Symposium is free and open to faculty, students, and the general public.  A reception will follow.

Organized by the Humanities, Arts, Science, and Technology Advanced Collaboratory, or HASTAC (pronounced “haystack”), with contributions from many supporting centers and institutes, the Symposium will put into perspective a number of issues that have, in ways both spoken and unspoken, been summoned up in U.S. politics, for decades, perhaps even since our beginnings as a nation.  Besides setting that larger cultural and historical context, the Symposium will untangle such specifics as debates around public funding and support of Planned Parenthood and diversity programs, affirmative action, ethnic studies programs, the humanities and social sciences, and, indeed, higher education more generally, as well as many other key, unresolved, and interconnected conundrums that continue to roil U.S. political, cultural, social, and intellectual life.

“I cannot imagine five scholars more attuned to the national conversations, controversies and scholarly research on race, gender and sexuality than these.  This Symposium will set the agenda for academic discourse--and make us all think about the relationships between and among some of the most volatile and recurring issues in our society,” noted Cathy N. Davidson, Duke professor and HASTAC cofounder, who is organizing the event.

PARTICIPANTS:
Jack Halberstam (USC):  Jack Halberstam is Professor of American Studies and Ethnicity, Gender Studies and Comparative Literature at the University of Southern California. Halberstam is the author Gaga Feminism: Sex, Gender and the End of Normal (Beacon Press, 2012) and four other books including The Queer Art of Failure (Duke University Press, 2012). Halberstam writes and lectures widely on issues of gender, cultural production, popular music and sexuality and blogs at both bullybloggers.wordpress.com and www.jackhalberstam.com.

Marlon Ross (University of  Virginia):  Marlon B. Ross is Professor of English and of African-American and African Studies at the University of Virginia, where he teaches courses on British romanticism, African American literature, race, gender, and queer theory, and the cultural theory of space. He is currently completing his second book, The Color of Manhood: Remaking Black Masculinities within and beyond the Civil Rights Era, which examines the figuration of masculine competence as a racialized phenomenon in the domains of labor, political protest, and sexuality across the second half of the twentieth century. He is the winner of a Guggenheim Fellowship and a Lilly Endowment Fellowship.

Kathryn Bond Stockton (University of Utah):  Kathryn Bond Stockton is Distinguished Professor of English at the University of Utah.  Her most recent books, Beautiful Bottom, Beautiful Shame: Where “Black” Meets “Queer” and The Queer Child, or Growing Sideways in the Twentieth Century, are published by Duke University Press, and both were finalists for the Lambda Literary Award in LGBT Studies.

RESPONSE: Sharon Holland (Duke University): Participating and responding to this discussion, and honored in this symposium for her key contribution to this debate, will be Sharon Holland of Duke University, whose searing, controversial, and prescient new book, The Erotic Life of Racism, is a key document helping to define and understand these typically unspoken interconnections between what she terms “everyday racism” and “everyday homophobia,” including the intertwined histories of racial eugenics and reproductive rights.  These recurrent strains in American society also form much of the discourse of critical race theory, transnational studies, American studies, gender theory, queer theory, and sexuality studies.

MODERATOR: Mark Anthony Neal (Duke University): Mark Anthony Neal is Professor of African and African American Studies at Duke University. Neal is engaged in interdisciplinary scholarly work in the fields of African-American, Cultural, and Gender Studies that draws upon modes of inquiry informed by the fields of literary theory, urban sociology, social history, postmodern philosophy, Queer theory and most notably popular culture. His books include New Black Man and Songs in the Key of Black Life: A Rhythm and Blues Nation (Routledge). Neal hosts a weekly webcast, Left of Black, produced in collaboration with the John Hope Franklin Center of International and Interdisciplinary Studies at Duke University.

The Symposium will be UStreamed by the Franklin Center’s professional media team. The event will also be live-blogged, tweeted (with hashtag #everydayism), and micro-blogged by a team of HASTAC Scholars who will feed questions from the general public to the speakers.  Finally, students in Duke’s new Ph.D. Lab in Digital Knowledge will be charged with creating taped excerpts, uploaded to YouTube, that will have maximum public impact beyond Duke, including suggestions for further reading, discussion questions raised at the Symposium, and other materials that might make useful course content beyond Duke.

Hi, is this event open to anyone or just Duke PhD Lab people? Thanks...

Great question, Adeline! This event is open to everyone.

Several of us will be tweeting tomorrow and the event will also be livestreamed.   Follow us at #everydayism 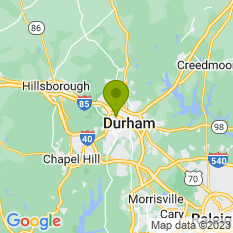