Join three figures within the Digital Humanities for a discussion of their work in digital art, code studies, and cybernetic literature.  Their books will be available during the event.  This event marks the inauguration of a new Digital Humanities section in our bookstore.

Rob Wittig’s background combines Literature, Graphic Design and Digital Culture.  In the early 1980s he co-founded the legendary IN.S.OMNIA electronic bulletin board with the Surrealist-style literary and art group Invisible Seattle. IN.S.OMNIA was one of the earliest online art projects of the digital age. In 1989 he received a Fulbright grant to study the writing and graphic design of electronic literature with French philosopher Jacques Derrida in Paris. Rob’s book based on that work, entitled Invisible Rendezvous, was published in 1995. In 2008 Rob’s web project Fall of the Site of Marsha was among the first works of electronic literature to be archived in the Library of Congress. He is currently developing high-design, collaborative fiction projects in a form called netprov, networked improv narrative.

Mark C. Marino is a writer and scholar of digital literature living in Los Angeles.  He is an Associate Professor at the University of Southern California where he directs the Humanities and Critical Code Studies (HaCCS) Lab. He is also the Director of Communication of the Electronic Literature Organization.  Mark's works of electronic fiction include Living Will, A Show of Hands, and Marginalia in the Library of Babel.  He was one of ten co-authors of 10 PRINT CHR$(205.5+RND(1)); : GOTO 10 (MIT Press) and is a co-author with Jessica Pressman and Jeremy Douglass on Reading Project: A Collaborative Analysis of William Poundstone's Project for Tachistoscope {Bottomless Pit}.

Evan Buswell is a PhD candidate in Cultural Studies at UC Davis, where he works at the UC Davis ModLab as the lead programmer on several games and code art projects. Before entering graduate school he wrote code for the software industry. Evan's current project investigates the relationship between the development of the capitalist credit system and the formation of code and algebraic notation. In 2015, Evan was a UCHRI Fellow in Residence for the "Culture|Finance|Capital" working group at UC Irvine.  He is the author of Undefined Intimacy with the Machine: Standard C and "Undefined Behavior." 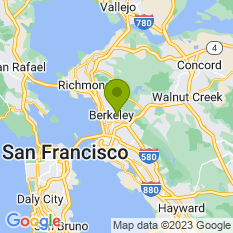