The Difference that Disability Makes

The Difference that Disability Makes: A Reading and Panel Discussion

How might blindness and bipolar disorder be understood as acceptable forms of difference, not conditions to be pathologized and lamented? How might they contribute to the literary arts? Come listen to two celebrated authors read from their work and discuss these questions.

Susanne Antonetta has published two books of nonfiction, A Mind Apart: Travels in a Neurodiverse World and Body Toxic, and four books of poetry (under the name Suzanne Paola), most recently The Lives of the Saints. Her work encompasses the environment, mental health and diversity, spirituality, the sciences,parenting and other subjects. Grants and awards include a New York Times Notable Book, an American Book Award, Oprah's Bookshelf review, Ken Johnson/Nami award for furthering understanding of mental difference, best book of the year listings by Spirituality and Health, Science and Spirit, amazon.com, and Library Journal, a Pushcart, a finalist for poetry's Lenore Marshall Award, and grants from the National Endowment for the Arts and other agencies. She also coauthored the nonfiction writing handbook and textbook Tell It Slant with Brenda Miller. The second edition, Tell It Slant: Creating, Refining and Publishing Creative Nonfiction, was published in March of 2012. This new edition includes the text and writing prompts of the first edition, along with new sections on hypertext, blogging, multimedia, a step-by-step guide to publishing both individual essays and books, and much much more. A book website that contains essays, sample syllabi and other materials can be found.

She is currently putting the final revisions on a new book on the subject of adoption, Inventing Family, forthcoming from W.W. Norton. She has also published many individual poems, essays and book reviews, as well as anthology pieces.

Professor Stephen Kuusisto, who has been blind since birth, is the author of Eavesdropping: A Memoir of Blindness and Listening and the acclaimed memoir Planet of the Blind, a New York Times “Notable Book of the Year”. He has also published Only Bread, Only Light, a collection of poems from Copper Canyon Press. Recognized by the New York Times as “a powerful writer with a musical ear for language and a gift for emotional candor,” Steve has made numerous appearances on programs including The Oprah Winfrey Show, Dateline NBC, National Public Radio and the BBC. A graduate of the “Writer’s Workshop” at the University of Iowa, and a Fulbright Scholar, Steve holds the position of director of the Renée Crown University Honors Program at Syracuse University where he holds a University Professorship in the Center on Human Policy. He speaks widely on diversity, disability, education, and public policy. His essays and poems have appeared in numerous anthologies and literary magazines including Harper’s’ The New York Times Magazine; Poetry; and Partisan Review. He is currently working on a collection of prose poems for Copper Canyon Press entitled “Mornings With Borges” as well as a memoir about life with guide dogs which will be published by Simon and Schuster.

Kuusisto’s essays and poems have appeared in numerous anthologies and literary magazines including:

He has appeared on: 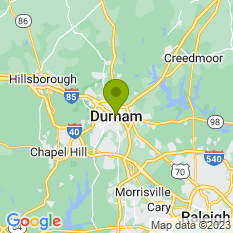