Proposals for papers are now being accepted for the area of Computer Culture, as one of the many areas within the 36th annual conference of the Southwest Popular/American Culture Association (SWPACA). Please consider submitting.

This year’s conference theme is:

Many Faces, Many Voices: Intersecting Borders in Popular and American Culture

COMPUTER is broadly defined as any computational device, whether smartphone or abacus, and any form of information technology, including the origins of concepts of interactive text, which may predate computational devices as traditionally conceived.

CULTURE is rooted in the concept of cultural meaning. We ask not just operational questions such as, "How do people communicate using computers?" but questions of meaning such as, "What does it mean when people communicate using computers instead of using pre-computer approaches to communication?" Along these lines, we are interested in communication as well as creative practices/applications and how computer technologies shape them.

"Computer Culture" can be understood in a variety of ways:

●      the culture of the computer, that is, as computers interact with each other, what culture do they have of their own?

●      the culture around the computer, that is, (sub)cultures associated with the production, maintenance, use, and destruction of computers

●      the culture by the computer, that is, the ways in which new (sub)cultures or (sub)cultural phenomena have arisen because of computers and understandings of these given awareness of the nature and/or workings of computers

Example questions associated with Computer Culture would include, but not be limited to:

●      What implications are there because of the powerfulness of (computer/information) technology, and are these implications beneficial, detrimental, inevitable, or avoidable?

●      How do cultural forces (such as changes from one generation to the next, trends in education or society, or other cultural phenomena) impact (and are impacted by) computer/information technologies/market-forces, and what do these impacts (in either direction or both) mean?

Paper topics might include (but are not limited to) those that address:

●      issues of (re)presentation through computers (website analysis and design),

●      theories focused on the relationship between computers and culture, uses of computers in particular contexts and the impacts thereof (computers and pedagogy, online literary journals, etc.),

●      the relationship between computers and cultural forces (such as news, politics, and terrorism),

●      the self, the “second self,” identity formation/negotiation, anonymity

While we will consider any relevant paper, we have a preference for those that involve transferable methodological approaches. This is an interdisciplinary conference, and other conference attendees would benefit from being able to adapt your research methods to their future research.

Scholars, teachers, professionals, artists, and others interested in computer culture are encouraged to participate.

Graduate students are also particularly welcome with award opportunities for the best graduate papers. More information about awards can be found at

Specifically, we would like to highlight the following award opportunities:

Given how papers may often fall into multiple categories, there may be other award opportunities listed at

http://southwestpca.org/conference/graduate-student-awards/ which would be appropriate for your paper.  (However, each presenter may only apply for one – not including the Travel Fellowships, which can be in addition.)

If you wish to form your own panel, we would be glad to facilitate your needs. This conference is a presentation opportunity.

Visit http://journaldialogue.org for information about the organization's new, peer-reviewed journal, Dialogue: The Interdisciplinary Journal of Popular Culture and Pedagogy.

Please pass along this call to friends and colleagues.

For consideration, submit 100-200 word abstracts and proposals for panels by Saturday, November 15, 2014 to the conference’s electronic submission system, which can be found at: 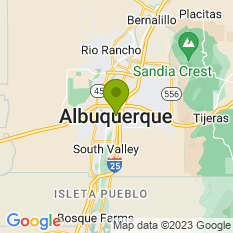