The Dark Side of the Digital

At least since the 1980s, the digital has been the occasion for enthusiastic, often utopian, dreams. In almost every area of human and nonhuman endeavor—finance, consumer culture, technoscience, education, medicine, communication, or the arts—digital technologies have been heralded as revolutionary if not redemptive. But there has always been a dark side to such digital enthusiasm—dark places that scholars of the digital tend to overlook as they illuminate new fields and paths; dark practices that intensify social inequalities and accelerate environmental destruction; and dark politics that often remain obscure to global media users. Devastating labor conditions at factories like FoxConn in China are exacerbated by the appetite for next generation iPhones or iPads. Securitization and data mining are fueled by the eagerness of contemporary media users to share their search patterns, location, and affective labor. And the environmental destruction from disposing the hazardous waste of still functioning but outmoded media devices, or mining for the precious metals that the continued production of these new devices require, is mostly invisible to the consumers of new tablets, mobile phones, HD monitors, and netbooks.

The Dark Side of the Digital seeks proposals for critical, historical, and theoretical papers and creative presentations that shed light on some of the dangerous but overlooked consequences of the 21st-century transformation from mechanical reproduction to digital remediation. We are especially interested in work that pays particular attention to the conjunction of neoliberalism and socially networked digital media, in order to offer some suggestions about how the digital can best move forward in the 21st century. In particular we seek papers and presentations that pursue instances of specific digital technologies in such realms as:

Proposals should also address strategies for resisting some of the more perfidious elements of the digital, including those that emerge from and must remain in the interstices of the 21st century networked society of control. We invite contributions from practitioners of digital arts and sciences, media theorists and philosophers, historians, cultural critics, sociologists, anthropologists, political scientists, and other analysts of digital technologies and culture.

Please send your abstract (up to 250 words) and a brief (1-page) CV by Friday, January 4 to Richard Grusin, Director, Center for 21st Century Studies, c21@uwm.edu.

The Dark Side of the Digital Conference is co-sponsored by UWM’s Center for Information Policy Research. 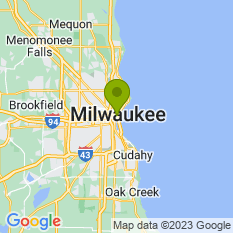