The Princeton-Weimar Summer School for Media Studies – a collaboration between Bauhaus-Universität Weimar (Internationales Kolleg für Kulturtechnikforschung und Medienphilosophie, IKKM) and Princeton University (German Department) – returns to Weimar in 2017 for its seventh installment. The Summer 2017 session will be concerned with the dynamics at work between the forms and practices of human existence on the one hand, and media operations and orderings on the other. Going far beyond the mere study of media appropriation in different cultures, or of media as a research tool in ethnography, the summer school will focus on the issues raised by the basic co-agency and co-reflexivity of media and human existence, which precedes any possible understanding of human beings and media as separate entities.

The summer school will be directed by Lorenz Engell (Weimar) and Thomas Y. Levin (Princeton).

For the most up-to-date information on the program and faculty of the Princeton-Weimar Summer School for Media Studies please visit http://german.princeton.edu/ssms and http://www.ikkm-weimar.de/.

All application materials should be sent via email to :

Please submit all inquiries to: ikkm-conference@uni-weimar.de

Media anthropology is generally understood, especially in the Anglo-American realm, as the investigation of different forms of media appropriation and media useage in different cultures, sub-cultures, or societies, including, of course the medial practices of anthropological research itself. However, as important as such questions are, they raise a host of bigger and more complex issues that urgently demand careful theoretical investigation.

Within the realm of media studies, the position of what was once called “the human” is both delicate and highly disputed. On the one hand, some theorists challenge the validity of the very category of “the human”, and thereby also the conceptual and empirical foundations of the above-mentioned approaches. According to the basic concepts of radical materialist media theory and media archeology – perhaps most paradigmatically in the work of Friedrich Kittler – the “so-called human” is manifest, if at all, only as an epiphenomenal effect. Time will ultimately expose the fundamental contingency of the construction of “the human”, as Foucault insisted with his famous image of the footprint on the beach that is washed away by the next wave. For this sort of media theory, there is no such thing as human exceptionality – no “soul”, no “spirit”, no “ingenuity”, no “inventiveness”, no “intelligence” that could not be described as the product of discursive epistemic and laboratory practices or as technically reproducible by means of implemented mathematics. Nevertheless, there are elements of media theory and philosophy, even in some of its most advanced forms, which remain haunted by the shadow of the – now forbidden– anthropological question. Indeed, somewhat surprisingly, this anti-anthropological move was preceded and paralleled by the rejection of explicitly anthropological positions in works of post-Nietzschean modern philosophy by authors as diverse as Theodor W. Adorno and Martin Heidegger.

On the other hand, certain key positions of early media theory, as exemplified in the work of Marshall McLuhan, are thoroughly anthropological in character, from the primordial mutual involution of the human and the technological, through McLuhan’s conception of media as extended perception, and, from a more global perspective, his gestures towards the different functions of technical media in different cultures and traditions including Asia and Africa. Anthropological questions also remain in evidence as a less explicit but underlying concern of 20th century philosophy as evidenced in the writings of Ludwig Wittgenstein and the media philosopher Günter Anders. In philosophical terms, it has even been argued that non-anthropocentric thinking is simply not possible.

Simultaneously, however, recent developments such as global migration and ecological catastrophe demand that one rethink human existence as regards its forms, terms, operations, as well as its conditions and situatedness. This, in turn makes a reconsideration of the relation between the human and media imperative. Nowhere more so than in the important contemporary discussion of “the Anthropocene” which has heretofore largely ignored the function of media and technologies in general as co-agents in their own right. The renewed debates on the relevance and reason of human and animal rights in the wake of recent politico-economic developents also raise important media anthropological questions, as does the recurring concern within popular culture with regards to the human in relation to machines, programs, robot technologies and other humanoid artifacts. In these contexts, theoretical models of “symmetrical” (Latour) or “non-anthropic” anthropology (Welsch) seem deeply appropriate, yet nevertheless fail to take into consideration the mediatic grounds on which any relational anthropology would have to take place.

Based on the premise that there is no human without media, the 7th Princeton-Weimar Summer School for Media Studies will focus on the diverse forms and operations of coupling, of co-agency and co-evolution of humans and media instead of their traditional distinction and separation. The conceptual challenges posed by the questions of human-media-relatedness will be examined along four loosely defined sets of concerns:

Concepts and theories: How does the philosophical tradition conceive of the non-/human and how is it conceptualized in media theory and related fields? Are there theoretical models that might contribute to an understanding of the reciprocally co-constitutive character of human existence and mediatic operations and orderings?

Knowledge production: How did and how does the shaping of the non-/human in experimental physiology, in recent neurology, in paleoanthropology, and in other sciences work? How are specific technologies of observation and inscription involved in the production of what then is called “the human”?

Practice: In light of questions posed by "visual/sensory anthropology", how are we to conceive of media in ethnography as well as the ethnography of media? How do human-media interrelations generate sensorial activity and vice versa?

Aesthetics: How do media cooperate in the perception, representation, reproduction and experience of the non-/human, and with what effect? How is the realm of aesthetics and aesthetic experience linked to the intertwined and mutually generating categories of the human and the media?

About the Summer School

The Princeton-Weimar Summer School for Media Studies provides advanced training in the study of media and cultural techniques. Focusing on one special topic annually, it affords a select group of fourteen graduate students the opportunity to work with distinguished international scholars from all fields of media studies in an intimate and highly focused context and provides a platform for participants to engage in dialogue with other doctoral students from around the world working in similar or related fields. The directors of the summer school lead five morning seminars. Afternoon sessions taught by the summer school faculty provide further opportunities for interaction and participation. A series of evening events, such as lectures and film screenings explore other facets of the annual summer school topic.

Participants will receive a reader with texts and material for the seminars. The working language of the summer school is English.

All applications should be submitted electronically in PDF format and should include the following:

Abstract of a possible presentation at the Princeton-Weimar Summer School for Media Studies (no more than 450 words);

Please use the following naming convention for your application files:

All application materials should be sent via email to:

Applicants who have been admitted will be notified in February 2017.

Once admitted, applicants are required to transfer the participation fee, which covers tuition, room and board, as well as all study materials during the entire week of the summer school. The payment of 600€ should be received by March 28, 2017 to guarantee a spot in the program. A limited amount of travel funding will be available upon application. 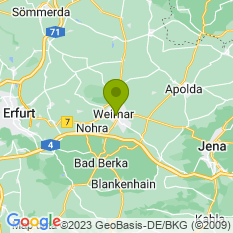