The European Union and the Politicization of Europe

The European Union was described by Jacques Delors as an unidentified political object and by Jose Manuel Barroso as the first non-Imperial empire. The descriptors assigned to the European Union are creative and diverse yet the agreement on what is the actual shape that the EU is taking is by no means an easy one to be achieved. Historical choices shaped and reshaped the size and functioning of the EU while the goal of an emerging ‘ever closer union’ is still in search for the paths of real and not ideal accomplishment. The agreement seems to come when it’s about the growing impact of the decisions taken in Brussels on the daily lives of the European citizens and the increasingly redistributive outcomes of the policy choices inside the EU. These dynamics created the framework for the politicization of Europe and opened a vivid debate about the direction and proportions of such a process.

The politicization of Europetakes various shapes and addresses significant puzzles. While it is clear that the EU doesn’t resemble a state it is less clear if the decisions that shape its policies are configured by Pareto efficient outcomes or by dynamics that are intrinsic to political systems and defined by emerging party politics within the European Parliament. The democratic problem or the democratic deficit issue was and continues to be one of the main challenges facing the European Union in any terms or from any position is understood or described. The problem of accountability for the decision making inside the EU was there from the beginning and it emerged gradually as more emphatic on the agenda of vivid debates as the powers of the EU have grown after the Maastricht Treaty. This was concomitant with a growing disenchantment of citizens from member states with politics in general, with debates over the democratic deficits inside member states, with enlargement and with a visible and worrying decrease in voters’ turnouts in both national and especially European elections. The optimist supporters of EU believe in its power to constantly reinvent and reshape while the pessimists see either a persistence of existing problems or a darker scenario that could lead in front of current problems even to the end of the EU as we know it.

The Euroacademia International Conference ‘The European Union and the Politicization of Europe’ aims to survey some of these current debates and addresses once more the challenges of the EU polity in a context of multiple crises that confronted Europe in recent years. It supports a transformative view that involves balanced weights of optimism and pessimism in a belief that the unfold of current events and the way EU deals with delicate problems will put an increased pressure in the future on matters of accountability and will require some institutional adjustments that address democratic requirements for decision making. However in its present shape and context the EU does not look able to deliver soon appropriate answers to democratic demands. In a neo-functionalist slang we can say as an irony that the actual crisis in the EU legitimacy is a ‘spillover’ effect of institutional choices made some time before. To address the EU’s democratic deficit however is not to be a skeptic and ignore the benefits that came with it but to acknowledge the increasing popular dissatisfaction with ‘occult’ office politics and with the way EU tackles daily problems of public concern while the public is more and more affected by decisions taken at European level.

Is the EU becoming an increasingly politicized entity? Is the on-going politicization of Europe a structured or a messy one? Do political parties within the European Parliament act in a manner that strengthens the view of the EU as an articulate political system? Are there efficient ways for addressing the democratic deficit issue? Can we find usable indicators for detecting an emerging European demos and a European civil society? Does Europeanization of the masses take place or the EU remains a genuinely elitist project? Did the Lisbon Treaty introduce significant changes regarding the challenges facing the EU? Can we see any robust improvements in the accountability of the EU decision making processes? Are there alternative ways of looking at the politicization processes and redistributive policies inside the EU? Is the on-going crisis changing the European politics dramatically? These are only few of the large number of questions that unfold when researchers or practitioners look at the EU. It is the aim of the Third Euroacademia International Conference ‘The European Union and the Politicization of Europe’ to address in a constructive manner such questions and to offer o platform for dissemination of research results or puzzles that can contribute to a better understanding of the on-going process of politicization within the European Union.

~ The Crisis of Europe and its Political Challenges

~ The Crisis of European Solidarity

~ Greece and the Questioning of the Factual European Unity

~ The Politicization of Europe: Desirable or Contestable

~ The EU as a Political System: Features and Curiosities

~ Differentiated Integration and Club Based Hypotheses

~ Re-distributive Policies Inside the EU Impacting the Medium Voter

~ European Elections and Strategies for Politicization

~ Taking ECB Out of the Political Vacuum: Strategies for Accountability

~ In Search of a European Demos

~ Looking for a European Civil Society

~ Appropriations and Politicization of Wider European Values and Narratives

~ EU and Traces of Imperial Politics

~ Scenarios for Change Inside the EU

~ The Future of EU Enlargement

~ The Europeanization of Balkans

~ Cultural Policies and the Politicization of Europe

~ Arts and the Imaginary Shape of the EU

The conference is addressed to academics, researchers and professionals with a particular interest in Europe and the European Union from all parts of the world. As the nature of the conference is intended to be multidisciplinary in nature different academic backgrounds are welcomed. Post-graduate students, doctoral candidates and young researchers are welcome to submit an abstract. Representatives of INGOs, NGOs, Think Tanks and activists willing to present their work with impact on or influenced by specific understandings of the European Union are welcomed as well to submit the abstract of their contribution.

Selected papers will be published by Euroacademia Publishing (Paris) in an electronic volume with ISBN after the confirmation of the authors and a double peer-review process based on an agreed publication schedule. All the papers selected for publication should be original and must have not been priory published elsewhere. All participants to the conference will receive a copy of the volume.

The abstract and details can be sent to application@euroacademia.eu with the name of the conference specified in the subject line or through the on-line application form available at http://euroacademia.eu/conference/third-european-union-and-the-politicization-of-europe/

Euroacademia is a non-profit organization, based in Paris, Brussels and Vienna, aiming to foster academic cooperation, networking and a platform for dissemination and valorization of academic research results, trends, and emerging themes within the area of concern for European studies, political science, critical studies, cultural studies, history, anthropology, social psychology, semiotics, philosophy, sociology and wider and inclusive interdisciplinary and trans-disciplinary approaches that contribute to a better understanding of the ‘self-organizing vertigo’ (Edgar Morin) of the European realm. Euroacademia’s goal is to become a hub for academic interaction on and about Europe.

EU and the Politicization of Europe
142 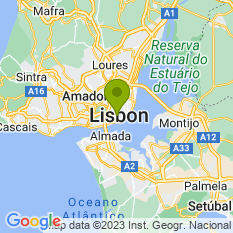