-          Performing Identity: The Relationship between Identity and Performance in Literature, Theatre and the Performing Arts

-         Marxism Reloaded or Philosophy in Times of Poverty

Some say that the 21st Century or modernity altogether made humans more concerned with doing rather than being.  As the classical Greek civilization valued most the reflexive thinking as a form of freedom from natural necessities, contemporary times profoundly involve individuals and the imaginary accompanying social practices in a restless logic of consumption, competition and engagement that profoundly – or some would say, radically – suspends or indefinitely postpones the autonomous capacity of human beings to question and reflect upon the social order and the meaning of social practices. The fast advancement of a peculiar logic of post-industrial societies, the gradual dissolution of alternative models to the capitalist logic and a multitude of other alerting factors pushed ahead a global spread culture of one-dimensional productions of meaning that advances a closure rather than a constant reflexive re-evaluation of cultural/social practices.

The Second Euroacademia Global Forum of Critical Studiesaims to bring into an open floor the reflexive and questioning interaction among academics, intellectuals, practitioners and activists profoundly concerned with evaluative understandings of the world we’re living in. The focus of the forum is to initiate an arena where no question is misplaced and irrelevant as long as we acknowledge that evaluation, critical thinking and contestation are accessible trajectories to better understand our past, present and alternative scenarios for the future.

When it’s about critical thinking and critical studies there is intrinsically an unending open list of topics to be included. The Euroacademia Forum on Critical Studies proposes the 5 sections (that are by no means exclusive):

Diagnostics of Our Times: Where Is the 21st Century Heading?; Our Societies Are As Good As It Gets: How to Escape the Closure of Meaning?;  Consumerist Societies and the Captivity of Thinking; The Being/Doing Nexus; Assessing Models of Capitalism; Markets, Capital and Inequalities; The Remains of Individual Autonomy; How Plural Our Societies Truly Are?; Debating Ideal vs. Real Multiculturalism; Social Narcissism and Consumerism; The Role of Critical Thinking: Proposing Alternative Methodologies; Are There Any Alternatives to Capitalism Left?; Social Causes and the Pursuit of Social Beliefs; Protest and Social Change; Re-Thinking Revolutions; Hegemony and the Remaining Possibilities for Social Criticism; Loneliness and Isolation in the Era of Mass Communication; Living Low Cost: Values, Meaning and Market Exchange; Ideology and Other Dominant Narratives; Critical Economics; Post-Modernism and the Critique of Modernity; Marx and the 21st Century; Debating the End of Communism; Non-Oppositional Societies; Consolation, Complicity and Passivity Today; Who Still Waits For A Revolution?; C. Castoriadis and the Project of Autonomy; French Thinking and Alternatives for Thought; Eastern Europe and the Enrollment to the School of Capitalism; China and the Logic of Growth; Crises of Culture; Left and Right: Political Spectrum and Pluralism Re-Discussed; Art as an Exchange Value; Originality and Complacency; Literatures and Authors; Heroes and Heroines in Electronic Literature;  Fiction and the Fictionalization of the Contemporary World; Film and the Persisting Hunger for Heroic Imagination; The Illusory Charity and Imagined forms of Contemporary Humanisms; The Growing Social Irrelevance of Philosophy; Replacement of the Logic of Becoming by the Logic of Earning; How Do We Look Back at Tradition?; Just Wars or Unjust Thinking?; The Myth of Cosmopolitanism; Facing the Self; Communication, Media and Simulacrum; Science, Pragmatics and Vocation: Who Pays What We Can’t Sell?; Is There Still a Postmodern or Any Other Kind of Condition?; Post-Marxist Way of Looking at Facts; The School of Suspicion and Evaluative Thinking; Feminist Readings of Our Contemporary World; Post-Colonialism and the Refurbished Other(s); Theory and Power; Queer Theory and Living After the Sexual Revolution; Subaltern Theory

You can apply on-line by completing the Application Form on the conference website or by sending a 300 words abstract together with the details of contact and affiliation until 15th of January 2014 at application@euroacademia.eu 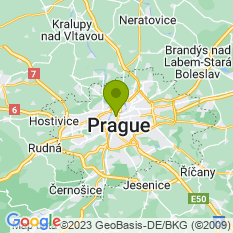