Euroacademiacordially invites you to The Second Euroacademia International Conference

‘Identities and Identifications: Politicized Uses of Collective Identities’to be held in Pisa, Italy

Identity is one of the crown jewelleries in the kingdom of ‘contested concepts’. The idea of identity is conceived to provide some unity and recognition while it also exists by separation and differentiation. Few concepts were used as much as identity for contradictory purposes. From the fragile individual identities as self-solidifying frameworks to layered in-group identifications in families, orders, organizations, religions, ethnic groups, regions, nation-states, supra-national entities or any other social entities, the idea of identity always shows up in the core of debates and makes everything either too dangerously simple or too complicated. Constructivist and de-constructivist strategies have led to the same result: the eternal return of the topic. Some say we should drop the concept, some say we should keep it and refine it, some say we should look at it in a dynamic fashion while some say it’s the reason for resistance to change.

If identities are socially constructed and not genuine formations, they still hold some responsibility for inclusion/exclusion – self/other nexuses. Looking at identities in a research oriented manner provides explanatory tolls for a wide variety of events and social dynamics. Identities reflect the complex nature of human societies and generate reasonable comprehension for processes that cannot be explained by tracing pure rational driven pursuit of interests. The feelings of attachment, belonging, recognition, the processes of values’ formation and norms integration, the logics of appropriateness generated in social organizations are all factors relying on a certain type of identity or identification. Multiple identifications overlap, interact, include or exclude, conflict or enhance cooperation. Identities create boundaries and borders; define the in-group and the out-group, the similar and the excluded, the friend and the threatening, the insider and the ‘other’.

Beyond their dynamic fuzzy nature that escapes exhaustive explanations, identities are effective instruments of politicization of social life. The construction of social forms of organization and of specific social practices together with their imaginary significations requires all the time an essentialist or non-essentialist legitimating act of belonging; a social glue that extracts its cohesive function from the identification of the in-group and the power of naming the other. Identities are political. Multicultural slogans populate extensively the twenty-first century yet the distance between the ideal and the real multiculturalism persists while the virtues of inclusion coexist with the adversity of exclusion. Dealing with the identities means to integrate contestation into contestation until potentially an n degree of contestation. Due to the confusion between identities and identifications some scholars demanded that the concept of identity shall be abandoned. Identitarian issues turned out to be efficient tools for politicization of a ‘constraining dissensus’ while universalizing terms included in the making of the identities usually tend or intend to obscure the localized origins of any identitarian project. Identities are often conceptually used as rather intentional concepts: they don’t say anything about their sphere but rather defining the sphere makes explicit the aim of their usage. It is not ‘identity of’ but ‘identity to’.

The Euroacademia International Conference ‘Politicized Uses of Collective Identities’ aims to scrutinize the state of the art in collective identities research, to bring once more into debate the processes of identity making, identity building in both constructivist or de-constructivist dimensions. It is the aim of the conference to open the floor to dynamic multi-dimensional and inter-disciplinary understanding of identities today.

Performing Identity: The Relationship between Identity and Performance in Literature, Theatre and the Performing Arts(Panel Proposed by Dr. Pollyn Chrysochou, The University of Cyprus)

General Panels include the following topics:

For complete details of the conference please see: 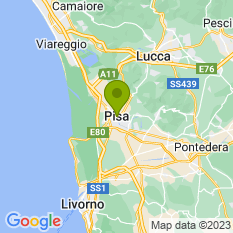